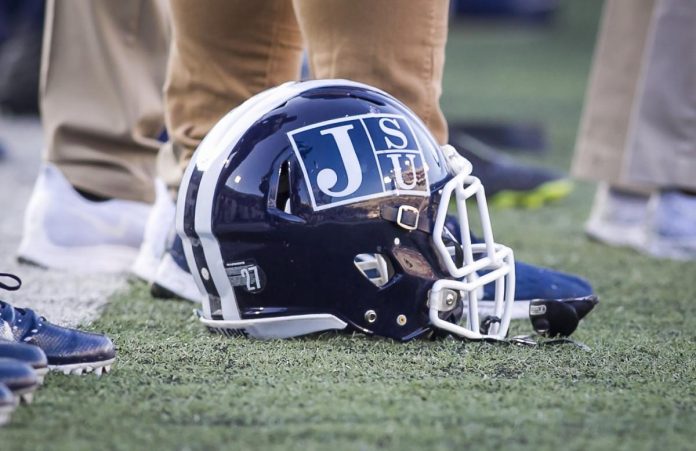 Sportswire Badge/Getty Images
On Wednesday, the Jackson State football program mourned the loss of one of its former players.
Jackson State Sports Hall of Fame member Rashard Anderson, the Tigers’ outstanding defensive end from 1996 to 1999, has died at the age of 45.
“Today is a sad day for the JSU family,” Jackson State Vice President and athletics director Ashley Robinson said in a statement. “Rashard was one of the best players in the history of our football program and an outstanding personality. He attended our spring football match in April and was delighted with the program’s return to champion status. Jackson State University will always remember Rashard, and our thoughts and prayers are with his family right now.”
After an outstanding collegiate career with the Tigers, Anderson was selected by the Carolina Panthers at number 23 in the 2000 NFL Draft. He made 27 appearances and nine starts in two seasons at Charlotte.
“The Jackson State University community mourns the loss of alumnus Rashard Anderson, one of our talented former student-athletes who left an indelible mark on the football net and throughout his professional career in the NFL,” President Thomas K. added. Hudson, JD. “He will forever be remembered for his charismatic personality and winning attitude. Our condolences to Anderson’s family and friends.”
The cause of death is not reported.
Our thoughts are with the Anderson family and the Jackson State community at this difficult time.