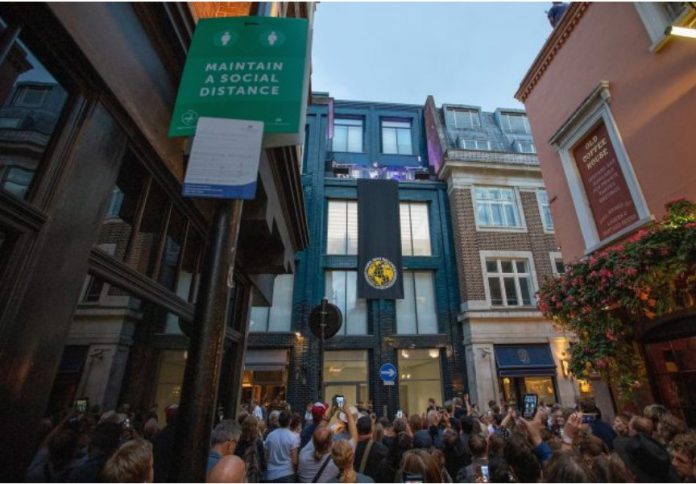 Jack White has announced a new live album of his performance on the roof of Soho in London in 2021 — watch the clip “Seven Nation Army” from the concert below.

Now, after his two solo albums of 2022 — “Fear Of The Dawn” and “Entering Heaven Alive” — were named Rough Trade “Albums of the Year”, White has released a complete set on the roof of Soho in the form of a live album on vinyl.

The bonus LP “Live From Marshall Street” was released together with two solo albums in a triple collector’s set on vinyl, and it can be ordered here.

At the concert, White opened The White Stripes song “Dead Leaves On The Dirty Ground”, then played “Lazarretto”, The Raconteurs track “Steady As She Goes” and much more from his career.

About the atmosphere at the concert, he added: “I want to play a song to all the neighbors we are upsetting now, the neighbors we are going to make friends with, and Damien Hirst, who allowed us to use his balcony.” He then performed the White Stripes track “We Are Gonna Be Friends” before finishing with “Seven Nation Army”.

Before his performance on the roof, White performed in the basement of the store itself, where he performed The White Stripes’ songs “Hello Operator”, “Why Can’t You Be Nicer To Me” and “Icky Thump”, as well as solo favorites. “Sixteen Soles”, “What’s Done is Done” and “Interruption of Love”.

It is reported that White will appear in the new Martin Scorsese film “Killers of the Flower Moon”.

“Killers of the Flower Moon,” starring Robert De Niro and Leonardo DiCaprio, is based on the book of the same name. The western — a first for Scorsese — will investigate the murders of native Osages in Oklahoma in the 1920s, where oil deposits were discovered.

White’s previous acting roles include the role of Elvis Presley in the film The Hard Way: The Story of Dewey Cox, as well as a role in Anthony Minghella’s 2003 war film Cold Mountain.

Quavo pays tribute to cousin and bandmate Migos Takeoff: “You are...