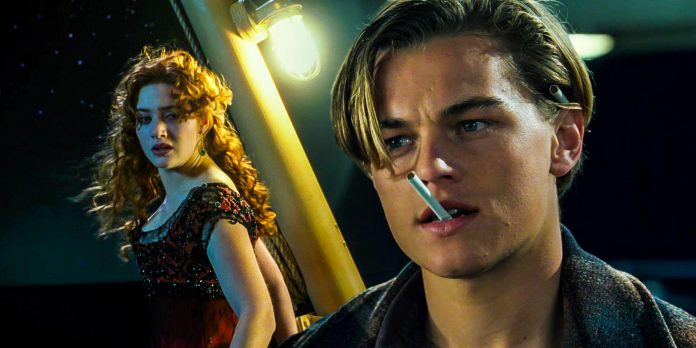 James Cameron’s Titanic tells the story of the romance between Jack and Rose aboard the title ship, and while the movie tells a complete story, it has made way for a variety of theories, among them one that suggests Jack didn’t love Rose, thus completely changing Titanic. In 1997, James Cameron brought his most ambitious project at the time to life: Titanic, a disaster drama movie based on the real-life tragedy of the RMS Titanic in 1912.

Although Titanic took a real-life event as its base and many secondary characters are also based on real passengers of the ship, its main story is fictional, as well as its main couple. Titanic, then, tells the story of Rose DeWitt Bukater (Kate Winslet), a first-class young woman, and Jack Dawson (Leonardo DiCaprio), a third-class passenger, who over the course of four days meet, get to know each other, fall in love, and defend their romance from those who look down upon them, mostly Rose’s fiancé, Cal Hockley (Billy Zane), and her mother, Ruth (Frances Fisher). Rose and Jack’s romance is the core of Titanic, and while the movie tells their whole story, with a tragic ending as Jack died after the ship sank, there are many theories about their relationship.

Related: How Long The Titanic Takes To Sink In The Movie vs. Real Life

Titanic is told by old Rose (Gloria Stuart) to treasure hunter Brock Lovett (Bill Paxton), his crew, and her granddaughter, who had never heard of Jack Dawson as his name wasn’t on the records of the ship. Now, a theory suggests that Jack wasn’t the good-hearted guy Rose described in her story, and he was actually a con artist and a thief who had other things in mind when he met Rose, completely unrelated to falling in love with her.

A theory posted on Reddit explains that Jack was a con artist and a thief who never loved Rose, and uses different moments on Titanic to support this idea. The first hint at this is in Jack’s very first scene: the poker game where he and his best friend, Fabrizio, won their tickets to the Titanic. The author explains that Jack’s line “when you have nothing, you have nothing to lose” was a bluff to make their opponents believe they were desperate and they would let their guards down. Another bluff was when Jack found Rose about to jump off the ship: Jack famously told Rose that if she jumped, he would jump after her, but he never had that intention as that wouldn’t have accomplished anything except killing both.

Jack only wanted two things from Rose: sex and money, and as Rose was naive and already vulnerable after their first awkward encounter, getting both from her would have been easy. Jack stuck around her to see how much money or other stuff he could get from her, and the author suggests that he did steal the Heart of the Ocean, but as Rose believed his story of Lovejoy putting it in his coat (a coat he took from a first-class passenger, by the way), that’s what she told in her story. Another moment in Titanic that could point at Jack not loving Rose and not having any intentions of running away with her when the ship arrived in America is when Rose told him that, when the ship docked, she was getting off with him, and Jack looked surprised and told her that was a crazy idea – and earlier, he told her how much he loved being free of attachments and responsibilities, so there as no way he was going to give that up for a girl he just met and wasn’t really interested in.

Even though Jack might have not loved Rose according to this theory, that doesn’t mean he was a bad guy – he actually had a good heart, but he wasn’t interested in loving a wealthy, naive girl he just met (and who might have not been an interesting person at all). The author explains that, when Rose saved him from drowning when he got arrested for stealing the Heart of the Ocean, Jack was grateful and did his best to keep her safe while the ship sank. As for why Jack sacrificed himself at the end of Titanic to save Rose, he didn’t do it for love, and the author lists some of the reasons that could have led Jack to do that: chivalry (after all, it was 1912), gratitude for saving his life, guilt over stealing the diamond and playing with her, and him being a decent guy, meaning he would have let anyone else get on the door, but Rose happened to be with him at the moment.

Related: What Titanic’s Cast Really Thinks About The Controversial Ending

If Jack was a con artist and a thief who only used Rose, then Titanic would stop being a romance story and would instead be the story of a young woman who was taken advantage of by an ambitious man and never noticed it. More than erasing the love story between Jack and Rose, the theory makes Rose’s story actually tragic, as she didn’t actually find happiness with Jack as he didn’t love her, and she wasn’t going to find happiness with Cal either as he didn’t love her either, and her mother was just using her so they wouldn’t lose their social status. On the bright side, her relationship with Jack (mutual or not) allowed her to escape from a marriage that would have made her miserable and he pretty much set her free, but the sad part is that she moved on believing Jack truly loved her when he just wanted money and other things completely unrelated to love.

One popular idea about Titanic says that Rose is an unreliable narrator, this based on Titanic showing scenes where she wasn’t present yet she’s supposedly telling Lovett and company about it, which is why the scenes are shown in the first place. This theory about Jack not loving Rose actually fits the idea of Rose being an unreliable narrator, as she’s telling the story of a man she thought was in love with her and saved her life as final proof of his love, but in reality, Jack wasn’t the “good man” she thought, and following that line, the rest of the characters surely weren’t as she described them in her story.

The Problems With The “Jack Didn’t Love Rose” Titanic Theory

Although Jack never loving Rose in Titanic gives a whole new perspective to the story, there isn’t much to support the theory. All the “evidence” presented by the author can be just their interpretations of certain moments and in some cases, they feel like a big stretch or overanalyzing specific details that might not have a meaning at all. Of course, and as mentioned above, the theory also completely changes Titanic as it turns a tragic love story into the tragic story of a young woman who was used by those closest to her, and it also means that Rose can’t be trusted at all as she’s not telling an accurate story. Titanic told a full story with few loose ends, but that doesn’t mean there can’t be different interpretations of it, and while Jack surely wasn’t a con artist and thief who used Rose to get sex and money, it’s an interesting perspective that can completely change the experience of watching Titanic.

Leaks from Mario Kart 8 Booster Course: All Tracks are Rumored...