Home Entertainment J.K. Rowling was convicted of faking an interview with the President of... 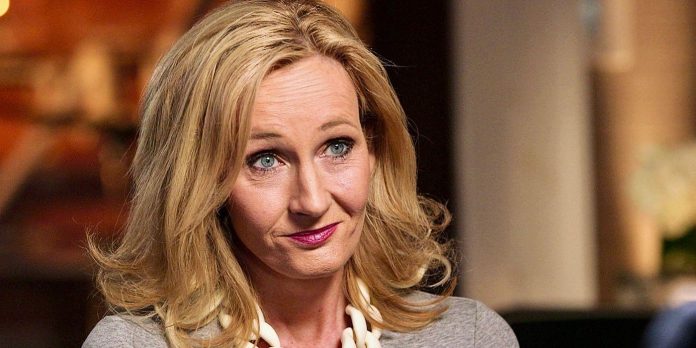 The Russian comedy duo is a trick of Harry Potter author J.K. Rowling believed that she was talking to Ukrainian President Vladimir Zelensky. Once a respected pop culture figure responsible for creating one of the most beloved media franchises of all time, Rowling has lost popularity with many in recent years. She made statements that many interpreted as transphobic and doubled down on those comments when asked. As a result, several Harry Potter movie stars spoke out against Rowling’s offensive words, confirming their support for the transgender community.

Despite the negative reaction, Rowling continues to be constantly present in the Harry Potter universe. Recently, Warner Bros. She released the film “Fantastic Beasts: Secrets of Dumbledore”, co-authored and produced by Rowling. In May, it became known that the new CEO of WB, David Zaslav, is reportedly planning to meet with Rowling about creating new Harry Potter content for HBO Max, although it is unclear exactly what this will entail. In general, Rowling remains a prominent figure both on the Internet and among those who continue to follow Harry Potter.

Because of her fame, Rowling recently became a victim of a prank call to Zoom by Russian comedians Vovan and Lexus. According to THR, a video that appeared online earlier this week shows how Rowling was tricked into believing that she was talking to Zelensky by audio, although in fact it is a copycat. The comedians made several comments related to Harry Potter, Rowling in the video, including saying that Harry’s scar looks like the letter “Z”, a symbol that the Russian military placed on their vehicles during the invasion of Ukraine. The perpetrators of the hoax also mentioned to Rowling that they put “Avada Kedavra” on rockets. In addition, they ask the author if Dumbledore is really gay. Commenting on the hoax, a representative of Rowling called it “unpleasant.” They kept explaining:

J.K. Rowling was approached to talk about her extensive charitable activities in Ukraine, supporting children and families affected by the current conflict in the region. The video that was edited is a distorted representation of the conversation.

According to the press secretary in his comments, Rowling is the founder of Lumos, a charitable organization dedicated to helping children in specialized institutions, for example, in orphanages and other institutions. During the ongoing invasion of Ukraine, Lumos helped those in need in the war-torn country.

Unfortunately, Rowling is far from the first to fall for such a scheme of Vovan and Lexus, despite good intentions. In the past, comedians have harassed such famous figures as Elton John, George W. Bush and Billie Eilish. It’s not exactly clear why J.K. Thus became a target, but it may simply be because she is a famous celebrity, like many other victims of Vovan and Lexus. At the moment, it is difficult to say how the prank will affect public opinion about the author, although it is likely that it will affect him in some way.

Dogs Discovered Only Recognize Their Owners By Their Voices