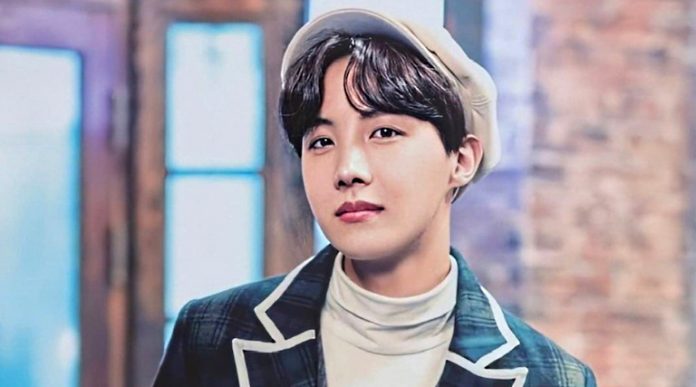 BTS member Mickey’s puppy has long suffered from an illness due to his age. Mickey’s falls continues to progress, causing him to lose his eyesight little by little, BTS’s J-Hope’s sister updated the adorable puppy’s health status.

J-Hope loves being on stage and sharing it with his fellow Beyond The Scene, when he finishes with the shows he likes to come home and relax in the company of Mickey , his faithful friend.

The K-pop rapper loves his little dog so much that he constantly updates his health status for ARMY, Mickey is old age and seems from some diseases and conditions.

A year ago, through the Weverse application, he posted an image of the pet and it was very evident that in one of his eyes he had cataracts, which causes a transparent appearance and causes blindness.

Mejiwoo , J-Hope’s sister , also expressed her concern about the Shihtzu breed dog’s condition, commented that they would do their best to make it live with them and continue to enjoy the love of the Jung family.

On YouTube, the South Korean model uploaded a new video blog, where she took some images of Mickey and talked about the progress of the cataracts he suffers. Read on to know all the details.

During Mejiwoo’s new video , she showed a bit of the routine she goes through on a daily basis, like riding the train, buying some gifts for her parents, spending time with her fiancé, and spoiling Mickey .

J-Hope’s sister attended a cafeteria accompanied by the pet, who wore a cone for his head and a cute yellow sweater, Mejiwoo commented that the little dog was still sick, his little eye looks more and more transparent.

Due to the condition of the little animal, his mood changed, he is no longer as cheerful, effusive, affectionate or playful as he used to be, but everyone will work hard to give him a lot of love and encouragement.

Mickey’s vision is getting smaller and he prefers to stay in a resting place, he has a favorite position to relax and regain energy. A lot of strength Mickey !

Very soon ARMY will be able to enjoy the drama ‘ Youth ‘, based on the universe of the K-pop band , the budget allocated for the production is multimillion dollar and promises to be one of the most expensive series in South Korea.