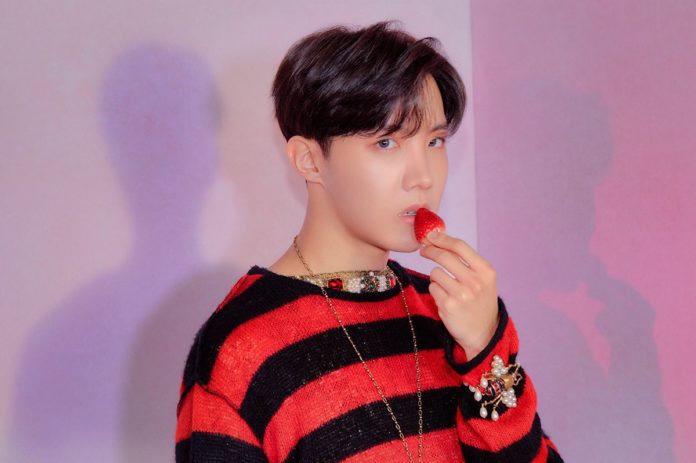 The dancer showed that he loves to experiment with his selfies. J-Hope is very active on social media!

The idol is very well known for his charismatic personality, people who are close to Hoseok say that he transmits his good humor to everyone around him, the BTS member is a boy who radiates happiness.

J-Hope has shown a new and colorful facet, since he has made an update on the BTS account on Twitter , in the post of two photos the main dancer of the group poses with a totally black look in front of a mirror.

The special touch was the edition that Hoseok gave his fans, in a purple background, which is ARMY’s favorite color and BTS placed some emojis to give more joy to their images , J-Hope chose hearts, unicorns, flowers, stars, rabbits, and some food like fries and burgers.

Although the photos look the same if you pay attention the only thing that makes the difference between them is that the position of the singer’s face changes, while in one he has his head fully facing, in the other image he is a little on his side.

In the description of his photos J-Hope wrote: The outfit of the day !, What are you doing ARMY ?

The love of his fans could not miss and in the comments section they expressed that the way his funny photos were left was adorable , the publication currently has more than 600 thousand likes and more than 250 thousand likes.