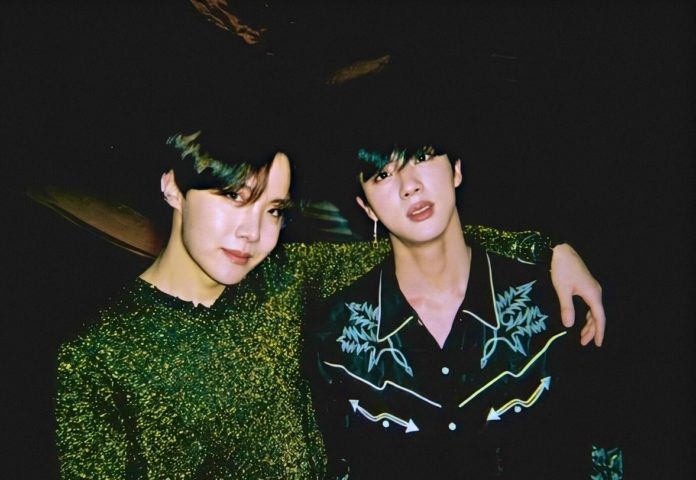 J-Hope reveals what Jin means in his life. The idol demonstrated what his partner means to him.

BTS has been idle due to the quarantine they have taken due to the coronavirus crisis, but that doesn’t stop them from interacting with their fans.

Weverse has become the means of communication between the boys and ARMY, with so much free time, the group has shared some of their plans or the activities in which they entertain themselves, they also have emotional messages for their fans or for some of their colleagues , like J-Hope with Jin.

Many times it is difficult that even if you live with a person every day and are part of the same group, you forge a friendship , but BTS has shown that they are the exception to the rule. They always support each other and are very united, because they have managed to fulfill great dreams together. J-Hope commented on various posts from his peers and interacted with ARMY.

In one of the comments, they asked him what he thinks of Jin, the fan shared a photo of the commercial they made for Galaxy S20 and Jin had a funny pose, his response moved ARMY, because Hoseok seems to love Jin very much .

The idol said that he really liked having a partner like that and he liked having him by his side, he admitted that he would see that funny photo when he felt tired.

But she also admitted that she couldn’t live without someone like Jin . Without a doubt, both share a great friendship and although they all have a different way of being, they complement each other.