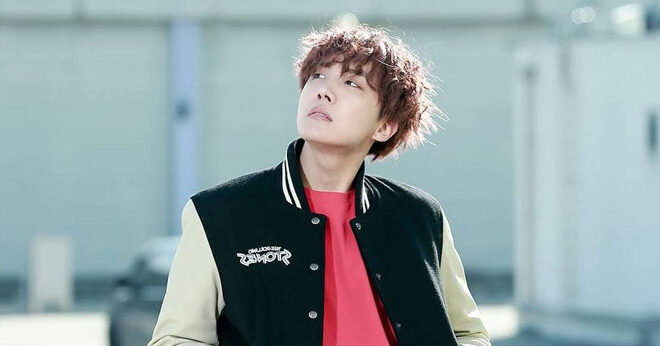 J-Hope prepared these gifts for BTS members. During a live broadcast, J-Hope made some bracelets for his BTS peers.

The idol made a live broadcast from V Live to greet his followers and show them an activity he had long wanted to do, so having a clear box full of decorative beads, J-Hope started putting together bracelets for each one of his group mates.

Titled ‘If You’re Bored, Watch It ‘ Hoseok started a live video in front of ARMY, warning him that they would likely be frustrated while watching it. Thus, the BTS rapper announced that he would start putting together the bracelets for each of his colleagues, trying to make them accessories that they could use on a daily basis without any problem.

It began with that of Jimin , which assembled using beads yellow and added a said chick, he looked cute him the first but asked viewers whether to add or not, as it might seem a bit childish, but despite He chose to leave it and continue with his work, but not before expressing that he was concerned that the bracelet turned out to be too heavy for Jimin to use frequently.

Hoseok was determined to make a bracelet for each of his companions, so he also prepared a small metal charm that would represent the other boys. In the comments on this broadcast, a fan suggested making the bracelets the color of the microphone that each member uses and he thought it was a good idea because, although he had already finished with Jimin’s , it coincided that his microphone was gold.

The next bracelet went to Suga, and in order for his bracelet to match his microphone, J-Hope began ordering black beads. When he finished, someone told him that he had forgotten to put the charm on , but Hoseok said that although he had prepared a cat charm for this bracelet, in the end he had decided not to include it because it was not in Yoongi’s style .

Subsequently, J-Hope made a blue bracelet for Namjoon and said that if he had time after finishing the members’ bracelets he would also make some for ARMY , however this was the last one the boy put together before finishing the broadcast. Due to the fact that J-Hope showed the metal charms that he had prepared for these bracelets, these accessories began to gain popularity, that was the case of the polar bear chosen for V , which sold out in the online store that sells it.

Recently, Steve Aoki spoke about the work he has done with BTS previously, expressing his appreciation and gratitude to this idol group, all this in an interview he gave in the United States.

You can see the full video of this transmission by clicking here .