Home Celebrity J-Hope gives a tour of the projects that ARMY did on his... 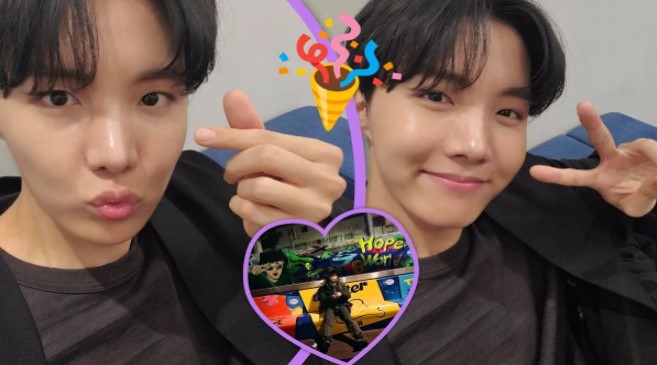 For ARMY, the birthday of the members of BTS is one of the most important dates and on J-Hope’s birthday they could not stop celebrating it and dedicate great projects that the idol could see in Korea.

J-Hope from BTS celebrates his birthday every February 18, the boy band dancer had a very special day thanks to his groupmates, like Jin, who was the first to congratulate him, give him a cake and gifts ; later, Hobi decided to share time with ARMY on VLive.

Jung Hoseok had a very special day to celebrate his birthday, but the fans of Bangtan Sonyeondan not only limited themselves to congratulating him virtually and dedicating nice messages to him on social networks, like every year, they carried out many special projects in various parts of the world.

ARMY projects are mainly concentrated in Korea, as it is the place where J-Hope will be able to see them more easily and even visit them and feel all the love of their fans with the various activities and exhibitions that the fandom organized for this idol’s birthday.

So Hoseok went on a tour of all the ARMY projects in his country and enjoyed the best of his fans on such a special day for him.

J-HOPE VISITS ARMY PROJECTS ORGANIZED IN KOREA FOR HIS BIRTHDAY

Through his personal Instagram account, J-Hope shared photos of different exhibitions and murals that ARMY did for his birthday, the BTS idol went to visit these projects that his fans did to celebrate it in his hometown, Gwangju, South Korea. South.

Hobi had fun watching everything ARMY did to celebrate it, the idol enjoyed the art that his fans made during his birthday.

J-HOPE ALSO THANKS EVERYONE FOR THEIR CONGRATULATIONS

On his Instagram Stories, J-Hope posted all the congratulations he received from his groupmates as well, who used Twitter and instant messages to congratulate him and the BTS idol bragged about it on his IG; in addition to thanking everyone for the love he received.

J-Hope had an excellent birthday thanks to ARMY and his groupmates who did not hesitate to send him the best congratulations <3.

In other BTS news, do you know which members of the group are vocalists? Here we tell you who they are and what kind of voice they have.