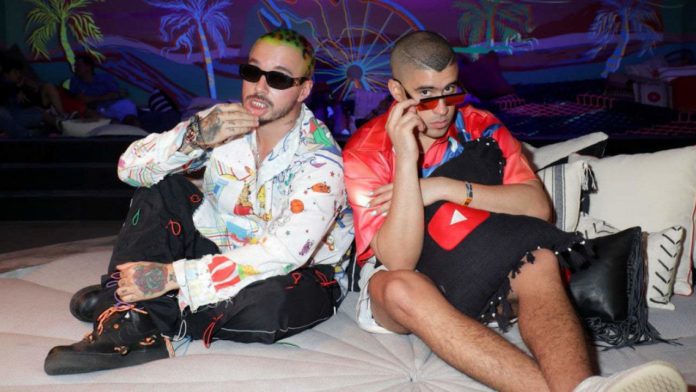 The dear colleagues have not only shared the study, since they form one of the most united friendships within the urban genre. Today is Benito Antonio Martínez Ocasio’s birthday or better known in the trap scene as ‘Bad Bunny’.

The Puerto Rican rapper was born on March 10, 1994, from a very young age he proposed to be a singer , although he presented himself in small shows, achieving his career internationally and rubbing shoulders with the best artists in the music industry.

One of his friends , with whom he not only shares an affectionate admiration, is also joined by love for reggaeton, is the Colombian J Balvin , who very much in his style congratulated the singer of ‘I am Worse’ for his 26th birthday.

J Balvin dedicated a post on Instagram , with 6 photos in different scenarios and both appear on them, everything that the Colombian thinks about the Puerto Rican is reflected .

In the description you can read the following message :

“Benito Martínez , I remember before you came to music, I was supposedly the only weirdo, crazy and strange, well, I’m supposed to always do what is born from my heart. Thanks to life, another madman arrived who gave the entertainment a new respite and seeing you grow fills me with great pride! I know, but now you’re at your best and that’s why I celebrate your life and your career. Happy Birthday!”

They collaborated on a complete album called ‘Oasis’ in 2019, with 8 tracks, where the two merge their talents to bring their fans a unique vision of Latin rhythms, characteristic of the Caribbean, they gave him a twist with his rap and singing.

Before this, her chemistry let her see in the song ‘If Your Boyfriend Leaves You Alone’ that they released in 2017, the Colombian invited the Puerto Rican to be part of this work with the producers, DJ Luian and Mambo Kingz.

These two artists demonstrate that friendship is a very strong bond and that nationality does not matter.