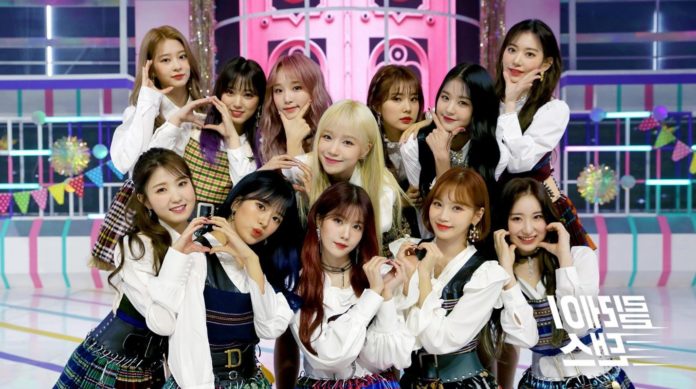 IZ*ONE releases its new video ‘Fiesta’. The release of new record material had been postponed since November last year.

The girlgroup out of the television program Produce 48 returned with the release of a new record material ‘BLOOM*IZ’ , this being the first album of the group and its first return after the controversy that arose around the manipulation of results in Produce 48.

The 12 girls had shown a look at their new image through their social networks, where days ago we saw them wearing colorful pastel costumes. Now that the album has been released, they have also shared the video of their promotional single entitled ‘Fiesta’.

Very consistent with the name of the song, the music video is full of colors and celebratory elements such as ribbons, lights and glitters. In addition, it is a lively song where the girls move us from a beach to a spacious hall of a dance with the energy and charisma that characterizes them.

The song describes a motivated spirit that is ready to live a day full of joy , facing everything that is put forward with its optimism, so even if things do not go the way you expect, you have faith that tomorrow will be a best day.

“I tell him at dawn that today could be a good day, now distant dreams don’t seem so far away.”

Watch here the full video of the girls of IZ*ONE: