Home Celebrity IVE hits successfully since its debut, what has the girl group achieved? 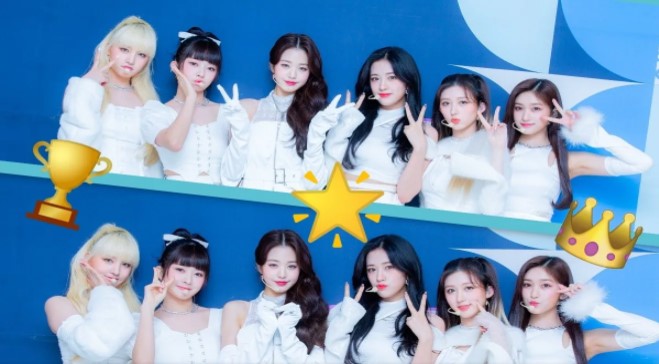 In record time, IVE is gaining prominence in the K-Pop industry thanks to all the support the girl group has had since their debut.

Starship Entertainment launched a new girl group, K-Pop fans expected new music and concepts with this group, made up of some of the idols who had been part of IZ * ONE and girls who would take the stage for the first time, IVE generated great expectations.

On December 1, 2021, it was the expected debut of IVE, quickly the MV of their song ‘Eleven’ reached millions of views in just hours, showing from the beginning that they would have a great dominance and that the fans of the girl group would not they would stop supporting them.

Quickly, these idols caught the attention of more and more public, in Korea they have great support and that was demonstrated with their first win, just 7 days after their debut, they reached the great trophy in Show Champion, breaking records and imposing a new brand as girl group by being the fastest to achieve its first victory.

What else has IVE accomplished since its debut? The artists of this female group are succeeding worldwide and their work is well recognized by fans and by the most important music lists.

On Japan’s Billboard, IVE reached # 1 for the top of ‘Top User Generated Songs’, which takes into account views of various content on YouTube, such as dance covers and challenges related to ‘Eleven’, IVE’s debut song with which have impacted the public.

Additionally, on Billboard’s ‘Hot Trending Songs’ chart that takes into account Twitter mentions, IVE also ranked # 4: 0, the girl group already has many fans, and these charts and statistics on SNS prove it.

The IVE idols are more than happy to succeed globally with their debut song, something that predicts many more hits in the future as all of their members work hard and do their best in every song and performance.

HOW MANY WINS DOES IVE TAKE?

In addition to its worldwide triumphs, IVE has also demonstrated its impact in Korea, accumulating wins in Korean music programs, the girl group has 4 in total, for these several aspects are also taken into account in the score count.

Wow! The performance of IVE has been really impressive, these artists are making history and it is nice to see how they are succeeding from the beginning.

Speaking of girl groups, JYP Entertainment is also preparing to debut a new one, do you already know this K-Pop agency project?