Home Celebrity IVE achieves its first win and sets a new record as a... 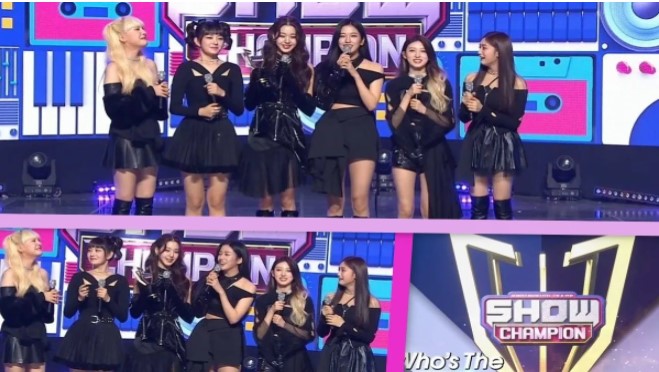 Staship Entertainment launched their new girl group that is rapidly dominating in the K-Pop industry, what has IVE achieved over other gilr groups?

Since its debut, IVE gave a lot to talk about, since the premiere of its first MV with the song ‘Eleven’, the expected debut of this idol group was a success, since only on YouTube the visits rose like foam, impressing to many fans and breaking records within his company.

The talented girls of this new girl group flooded South Korea with talent with their participation in various music programs in the country where with their best performances they began to cause a great impact on the audience that increasingly shows more support and admiration for IVE.

Success begins to knock on IVE’s doors and they are succeeding in the K-Pop industry in just one week since their debut, this is how they have shown that they have all the strength to completely dominate and become one of the favorite groups to future.

IVE has already achieved their first win in Korea and this makes them deserving of a record never seen before, thus placing themselves at the top and impressing many fans.

In Show Champion IVE he reached the peak of success, making his first win just 7 days after his debut, between tears, but much joy, the members of this idol group received their precious award and thanked all the support of their new fans.

This victory also places them as the fastest girl group to achieve their first win, they are now at the top of the list and they promise much more for the future within the industry.

This is how IVE is succeeding and its idols cannot be more than happy with this great achievement in Korea that is also reflected worldwide.

WHAT HAVE BEEN THE FASTEST GIRL GROUPS TO ACHIEVE THEIR FIRST WIN?

Previously, ITZY had the first place, as it achieved its first win in just 9 days since its debut, but now that IVE was faster the top would be as follows:

Congratulations to all the girl groups! Fans do not stop enjoying his great music and incredible performances that impact thousands around the world.