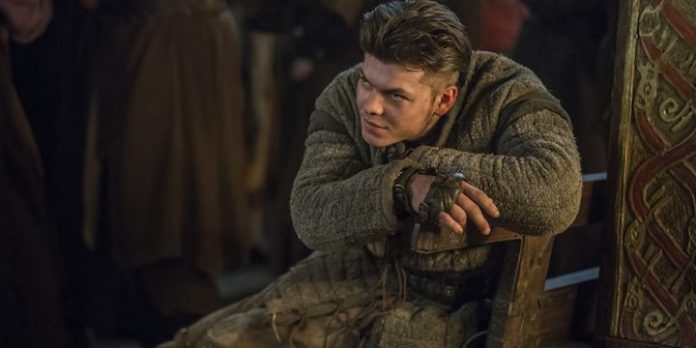 The streaming platform Amazon Prime Video was responsible for delivering the latest wave of episodes of the fan-favorite historical drama Vikings to fans.

As announced before the end of Vikings hit the screens, the final episodes would bring a lot of death, blood and devastation. The creator of the series Michael Hirst did not lie when he said that it hurt him to say goodbye to the characters he loved while writing the end of the story.

And is that the death of the favorite characters surprised many viewers. Nobody imagined, that Bjorn Ironside the son of the warrior Ragnar Lothbrok (Travis Fimmel), would die with the first of the final episodes leaving the fans with a huge void.

Among so many deaths, the departure of Ivar the Boneless was another one that impressed Viking fans, when Ragnar’s other son died in the most unexpected way by fans of the historical drama.

The final part of Vikings, represented the departure of several important characters. One of the actors of the series spoke about the outcome of his character in a recent interview with Express.UK, the interpreter of Ivar, Alex Hogh Andersen, explained what the death of his character meant.

Let’s remember that at the end of Vikings Ivar died at the hands of a simple English soldier, while Ragnar’s son tried to expand his territories by invading England. Here’s what Andersen had to say about the death of his character in the historical drama series:

“He touched me, he touched me. Although he created and choreographed the whole scene with Michael (Hirst, creator of the series) ”.

“We all knew that Ivar would die. It was the natural progression of the plot. I loved the fact that he was scared to death and was killed by a random anonymous soldier. I always wanted him to say goodbye in a completely different way than everyone else. Most of the characters of the Vikings won heroic, great, almost divine deaths.

Instead of dying in conflict with a great enemy, like King Alfred, Ivar ends up suffering like a common soldier on the battlefield during the character-promoted invasion. Anderson concluded:

“It was very interesting to see this extreme guy saying goodbye in such a human and subtle way, in the most natural and simple way. I loved that conclusion. “

Super Junior Premieres ‘2YA2YAO!’, The Video Of Their Comeback

Why the director of “Twilight” does not regret leaving the franchise...