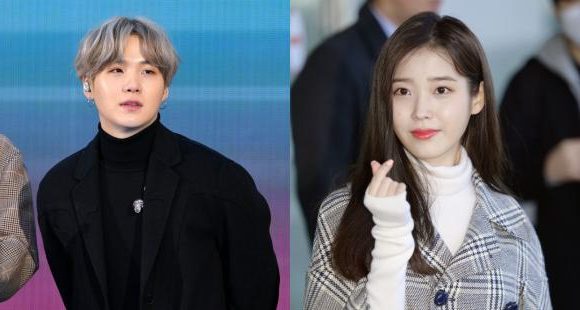 IU reveals Eight’s first teaser, her collaboration with Suga. As fans of both wait for the new song, IU’s social media has shared the first teaser photo that anticipates the premiere.

The singer showed through her social networks the first image prior to her next release, which will be a digital single that presents a new collaboration of the girl, this time with one of the BTS rappers , who was also in charge of the production of this song.

Recently, the company of this artist announced that her expected return to music was very close, announcing that for this release, IU had collaborated with Suga . The emotion of the fans of both artists began to increase before this news, despite the fact that there were not many details about this release.

Now, the official accounts of IU have shared the first teaser image for this collaboration, further revealing that the title of the song they prepared is ‘Eight’ . For this reason, the image shows two half circles drawn in white, where one of them simulates a clock that shows 8 o’clock.

At the bottom of this teaser we appreciate two images with similar characteristics but some others that demonstrate different contexts , although both show a beige dress, the design of the same is different, even the fabric and the finish, both images show the hands of whoever wore it. She wears, though it’s probably UI who appears in this photograph, the top image features worn nail paint, while the second image has a bright, uniform color, and one hand even has details like decorative pearls and a ring. What do these differences mean?

If you want to find out all the details about the planning of this collaboration, you can read IU and Suga will join their voices and will release a new song . Stay tuned to our site to find out the next details of this musical release.

Parcoursup: the 5 traps to avoid if you want to find...