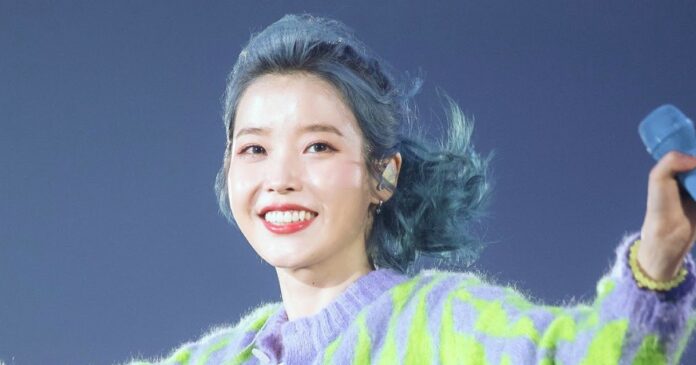 BTS members spoke about this collaboration and IU expressed thanks in a video.

As part of the promotions for her new song, IU caught up with 1theK for a special video, where she overheard some BTS members talking about Eight , although she was surprised, the singer responded to her comments.

During the video that IU filmed, the singer searched herself on different internet sites and simultaneously revealed details about what fans were saying about her. After a few minutes, the girl entered Thequoo site , where a BTS fan interacted with IU fans .

The girl said that she had heard RM talk about the song that Suga and IU made together but also included the audio of that moment, so IU could listen to it. In this clip, Suga described that the work they did happened smoothly so there was no need to have many exchanges of comments or melodies.

In response, IU also added that during the work they did, Suga gave him a great compliment and confirmed what the idol had said. According to her, the work of both was fast, since Suga sent her a track and she sent the melody back, explaining that neither had to think much about it.

According to this famous singer, the song was created very naturally and without much effort. After the first exchange they had, they recorded the final song immediately, for which she felt very grateful for having had the participation of the talented Suga.

Suga has shown his skills in different creative processes, it was recently reported that this idol is in charge of creating the cover for the next BTS album , so his fans are looking forward to the work he will show.

You can see the video that IU shot together with 1theK below, the part where he talks about BTS starts at minute 6: