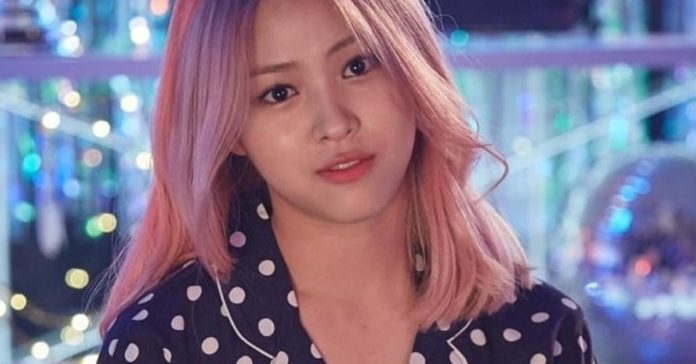 The JYP group member is getting the good vibes from her fans today. Shin Ryu Jin was born on April 17, 2001 in the Gangnam Gu area of ​​Seoul in South Korea.

Ryujin was an apprentice for a period of 4 years before debuting at ITZY where she specialized in the area of ​​rap, dance and singing, her talent and skills have led her to succeed in the Korean entertainment industry.

The story of the entrance of the idol in JYP Entertainment is fun, because in 2014 she was one of the fanmeetings your favorite band GOT7 wherein an agent of the company approached her and offered to make an audition to enter as a trainee.

She also participated in the program of survival of JTBC ‘ MIXNINE ‘ in 2017, which consisted of a battle of idols female and male, Ryujin was within the top 9 gaining much popularity and received several accolades for her interpretative quality and its style of dance .

It was in 2019 that Ryujin debuted with her fellow ITZY members with the song ‘ Dalla Dalla’, which currently has more than 187 million views on her company’s official YouTube channel.

The fans of the idol became a trend the hashtag #HappyRyujinDay to send the best examples of love with messages wishing her the best on this special day.

before this day ends i wanna greet the prettiest and most talented girl out there a happy birthday i hope she enjoyed her special day i love her so much ♡#HappyRyujinDay #NobodyLikeRYU pic.twitter.com/O5exvCaSSB

Another idol who is celebrating her birthday today is Wheein from MAMAMOO.