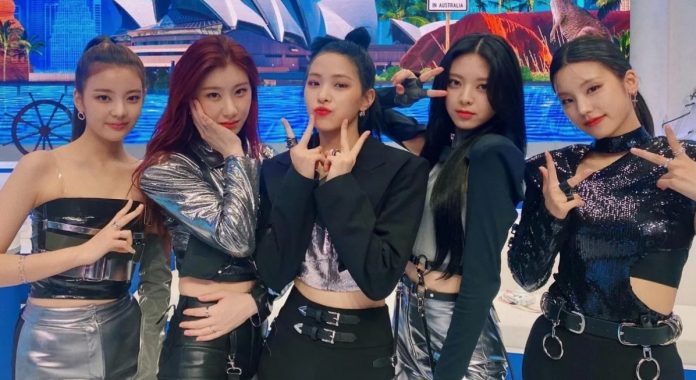 ITZY Girls To Return With New Album And Excited Fans With Group Plans. ITZY’s promotions for a new musical have already started, the idols will be performing Crazy in Love, and they have many surprises for their fans.

The social networks of the JYP Entertainment girl group were updated with two very special publications, the first of which corresponds to the calendar of their comeback, which was presented with the design of a wall decorated with posters announcing an unmissable show.

The Crazy In Love era will begin on September 5, at which time the girls of ITZY will reveal a Live Spoiler of their album, the next day they will continue with a teaser and then release daily photos with the group and individual images.

On September 10, they will release the tracklist for their first full album and continue to share a look at the photobook. A spoiler album will be uploaded to the Internet on the 20th and from the 21st to the 23rd there will be teasers for the MV.

ITZY’s long-awaited comeback show will take place on September 24 and that same day the video for LOCO, their main single, will be released, but the surprises continue because days later a second music clip will arrive, this time for SWIPE.

ITZY IS SET TO DEBUT IN JAPAN

The idols who debuted in 2019 have already released several amazing mini albums, each of which has shown how popular they are in the K-Pop industry. Now that Crazy In Love is about to be released, they are also getting ready to arrive in Japan.

ITZY announced that their Japanese debut is really close, their social networks shared a new image of the idols announcing the exciting news, and we can’t wait any longer to find out how they will carry out this stage in their careers.

The poster doesn’t announce a specific date, but it sure will be soon, so maybe when Crazy In Love’s promotions within Korea end, there will also be new tracks from their next debut.

Like a Dragon Gaiden will be a smaller scale game than...

Frankie Muniz Shares an Inspiring Reason Why He Put a Pause...