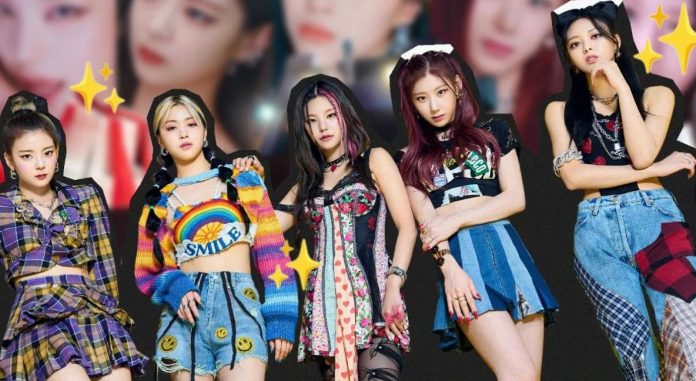 ITZY girls return with a more energetic and unparalleled style, check out the music group’s new teaser. Cars, girl power, spectacular outfits, and more, we will see all that in ITZY’s new video for their song LOCO and the new preview of the song will enchant you.

After several highly successful musical eras since their debut, now are the time to check out ITZY’s first full album. The excitement of the fans was raised to the maximum and this new album will come with great surprises starting with the main single.

Everything seems to indicate that LOCO will have a spectacular music video, full of colors and powerful energy led by ITZY, that is why the teaser for this MV is already causing a sensation.

In contrast between dark tones and some very bright, the girls that make up the group appeared on the screen one by one, all of them taking us to spectacular settings from which they cast charming glances at the camera.

After seeing the JYP Entertainment idols, there was also an animation with the name of the single and the album Crazy In Love , which included hearts very much in the style of the drawings on a blackboard.

ITZY AND THEIR ALBUM CRAZY IN LOVE, WHEN IS IT RELEASED?

This record material has raised expectations and curiosity, no fan wants to wait any longer to know what the first full album of the idols will be like but don’t worry, the premiere is getting closer and closer.

Crazy In Love will feature a total of 16 songs and they recently featured a spoiler for what these tunes will sound like, so you can get into the musical vibe of this era.

The long-awaited album will be released on September 24 and while that happens we can hope that the social networks of the singers and JYP will reveal more surprises.