Home Entertainment It’s weird to see Michael B Jordan with Tessa Thompson outside of... 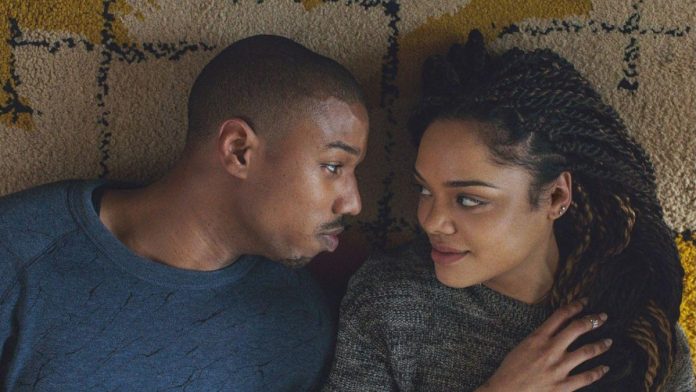 Michael B. Jordan and Tessa Thompson play the perfect couple in Creed’s films. Thanks to their performances, Adonis “Donny” Creed and Bianca Taylor have become one of the most attractive couples in cinema. And just when you thought you’d have to wait for the third part of the movie series to see more of the on-screen chemistry of the two colleagues, they find another way to unite. It may be strange to see these two colleagues in a project that has nothing to do with the boxing franchise, but I’m here for that!

Michael B. Jordan is no stranger to advertising, as in the past he starred in one of the funniest Super Bowl LV commercials, in which Amazon’s Alexa participated. He recently posted another commercial on Twitter showing him and Tessa Thompson teaming up to serve as internet bodyguards. Check out the cheeky ad below:

Anyone can be an internet bodyguard! Improve your cybersecurity skills to protect and connect. #ad #ProtectConnect

Prime Video collaborated with the National Cybersecurity Alliance on a PSA campaign called “Protect and Connect,” which is designed to educate consumers on how to protect themselves in the virtual space. In the 30-second commercial, the aforementioned stars try to prevent the player from getting caught in a phishing scam, but to no avail, as cybercriminals make their way into the house. The two Creed stars then battle a host of these villains by throwing punches and keyboards at them until they disappear thanks to “multi-factor authentication.”

Overall, the commercial is the fun part, and it’s a great way for the two co—stars to team up again. Honestly, it’s pretty funny to see them together in a situation that’s a little less serious. After all, Creed’s films can be quite heavy on an emotional level. Anyway, it just makes me want to see more than two stars.

Starring in the commercial, Michael B. Jordan got the opportunity not only to work with Tessa Thompson again, but also with director Paul Hunter, with whom he had previously worked on a Bacardi commercial. Jordan made sure to tell Adweek how proud he is to be a part of this PSA campaign and reunite with his colleagues:

Participating in this social ad gave me the opportunity to work with Tessa again, one of my mentors — Paul Hunter — and support the Amazon family to convey this message that cybersecurity and your privacy are really important. No one wants their information stolen. As far as you can protect your information, your family and friends, you should do it.

Tessa Thompson from the movie “Thor: Love and Thunder” also appreciates her relationship with a colleague. Thompson was happy to see Jordan appointed director of Creed 3. Although one comment Thompson had for him was to “take away the sexuality.” Which was probably difficult for him, since he can’t escape his title of “Sexiest Man”.

The star of “Fruitvale Station” really tried and proved that he understands the characters. This was evidenced by the fact that Jordan helped her in the further development of her character, Bianca. The dynamic between Bianca and Donnie remained the same, but he made sure that the “Dear White People” actress had more work in the film and had the freedom to improvise. Jordan praised Thompson’s talents and what she brought to the game to make their characters authentic. In short, these are two celebrities who have a lot of respect for each other, and I can’t wait to see more of them, whether it’s happening in the Creed franchise or beyond.

You can see Michael B. Jordan and Tessa Thompson in Creed 3 (which won’t feature Rocky Sylvester Stallone) when it hits theaters on March 3, 2023. year.