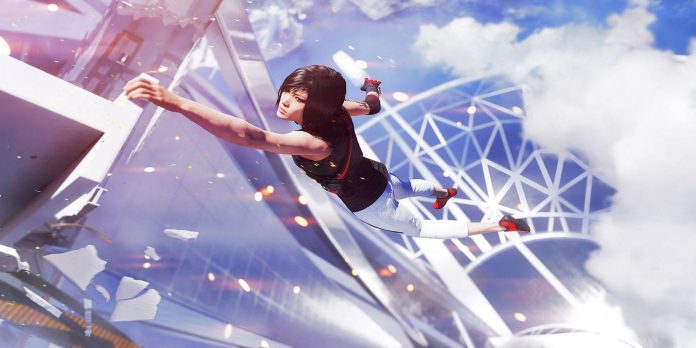 The Mirror’s Edge series, considered a cult classic of its time, is one of the most formative games of its generation, despite the fact that it has gone into gaming uncertainty, and there have been no new games since 2016. Perhaps the game that popularized parkour in games, Mirror’s Edge could be considered the basis for other TV series, such as Dying Light, Titanfall or Ghostrunner. Despite this, after attempting a soft reboot of the series and a new hope for its future, the series failed to revive, meeting a mixed reaction from critics, but decent sales among players.

However, it’s likely that Mirror’s Edge stumbled only because, despite having all the right parts for a great game, it lacked the execution to put them together. For example, most critics agreed that the movement mechanics in Mirror’s Edge are commendable, but the poor combat system and lack of mission diversity let her down. It is possible, however, that the shortcomings of Mirror’s Edge are only symptoms of the design changes that had to be made between the first game and the reboot. A sequel—or technically Mirror’s Edge 3—is needed to at least give the series a chance.

When Mirror’s Edge was first released, it was generally well received and was praised for its motion mechanics and innovation. Despite its drawbacks, such as the nature of the trial-and-error gameplay or the linear limitations of the level design, the game quickly became a fan favorite and acquired the status of a cult classic. This is probably what prompted DICE to think about the second game, and considering that almost a decade has passed since the release of the original console, as well as a lot of work needed to develop a sequel to Mirror’s Edge, a reboot was probably the best way forward.

Many changes have been made to Mirror’s Edge Catalyst compared to the original game, including the transition to an open-world level design and the removal of Faith’s ability to use weapons, as well as the addition of new features such as Mag Rope, allowing you to capture and navigate through levels. While it’s clear that the reboot tried to stay true to the source material, it offered a more complex narrative with extensive new knowledge, such as Faith’s reimagined origin story, while relying more on a dystopian setting with a minimalist futuristic aesthetic.

Despite this radical departure from the first game, there’s a lot that the reboot didn’t use that could have been carried over into the sequel, and the game’s ending left the door wide open for future entries with Faith fully equipped and ready to launch in a new game. the world spread out before her. In addition to this, many of Catalyst’s online services are still available at the time of writing, including the franchise’s official website. With no official reports that the series has been discontinued, and the continued popularity of parkour video games, this means that the series may still have a future.

How to improve Mirror’s Edge

Leaving aside the narrative, the Catalyst sequel has a lot to do to fix the flaws in its design and mechanics. While Mag Rope was a great addition that could further enhance Faith’s own skills, DICE can do more to improve the overall gameplay. For example, since most of the events of Catalyst take place on the roofs of the Glass City, sending Faith into a precipitous fall to her death was too easy a task, and with the frustrating wait on the loading screen, keeping the player in action should be the focus of the sequel. .

One fix might give Faith a means to escape from falling, like using a magnetic rope to grab onto the nearest ledge in an emergency, although this would require a compromise so that players are encouraged to play well. Another use could allow the player to use Mag Rope in combat, providing greater skill in combat, especially considering that Catalyst paid special attention to hitting in combat. The goal of the sequel should be to eliminate the shortcomings put forward by critics and optimize the gameplay.

Moreover, the sequel would have to solve Catalyst’s problems with a variety of missions, since many simply resorted to variations when running from point A to point B under certain conditions and were reduced to very linear paths. To fix this, Mirror’s Edge could use an open world and link these missions to the main characters, rather than how Catalyst applied this to regular NPCs. For example, missions that can affect the ending of the game would be much more interesting if players could side with characters or groups such as “Black November”, “Runners” or “Dogen”.

What the series should do next

The history of Mirror’s Edge Catalyst has done a significant job of deepening the knowledge that the original game has retained for other environments, such as related comics or a mobile game.

Holds on to LARP Quest Saints Row holds on to a...