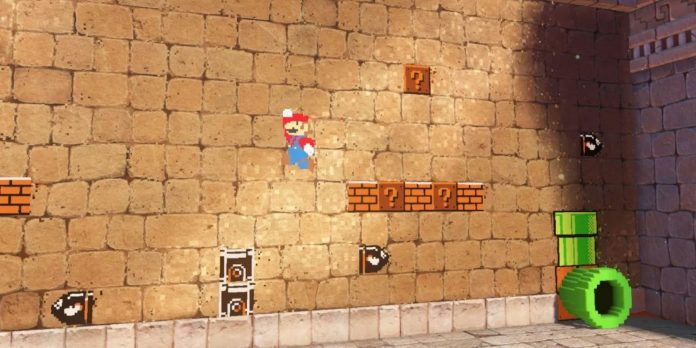 At the moment, it’s unclear what’s going on with the Super Mario franchise. Mario, as never before, was active in spin-offs and merchandising, but his main games over the past few years have faded into the background. The most recent major release technically was the Bowser’s Fury expansion included in the Super Mario 3D World re-release for Switch 2021. Before that there was Super Mario Maker 2 in 2019 and the famous Super Mario Odyssey in 2017. No one can blame Super Mario for not having a presence on the Switch, but as the console nears the likely end of its life cycle, it seems like Mario is missing.

There is no doubt that Nintendo is working on a new Super Mario game. No one knows what it is, and opinions are divided on whether it is a rumor about Super Mario Odyssey 2 or something completely different. There’s also the possibility that Nintendo might wait to introduce it as a launch game for the Switch successor. Despite this, there have been notable changes in the major Super Mario releases over the past decade. Not a single new 2D Mario platformer has been released in the last ten years, and it seems that it’s time to return to the original Mario dimensions.

There is a noticeable shortage of 2D Mario platformers

Mario has proven, perhaps more than any other gaming mascot, that his games can work in 2D and 3D planes. His rise to platformer greatness was based on one of the best 2D level designs of the time, and this design is still relevant today. Meanwhile, Super Mario 64 brought games into the era of 3D innovation and single-handedly defined the landscape of 3D platformers. These two Mario styles have been going hand in hand for many years, and it’s best to see this than the Mario Odyssey side-scrolling sections, organically combined with 3D action. There is more than enough space for high-quality 2D and 3D Mario games, and Nintendo should consider switching between them as the leading Super Mario projects.

It seems likely that at this point, Nintendo has done its best with the Super Mario Maker concept. After presenting a set of NSMBU tiles and bonuses for Super Mario Bros. 2 and Super Mario Land it seemed like adding Link’s set of moves was the only thing left to do. Where Mario seems to be heading next is towards a truly open world, as evidenced by the continuous Bowser’s Fury map. However, after a decade of near silence, 2D Mario should shine again. Metroid Dread proved that 2D games can still work in a modern context, and the magnificent 2D Mario will leave no room for controversy.

A decade removed from the New Super Mario Bros. formula may be exactly what 2D Mario needs. These games had a high degree of similarity, and players were starting to get tired of how little had actually changed. In addition to the time interval that gives the new 2D game some respite, Nintendo will be able to design it using the entire budget and strength of its development studios. 2D Mario handled with the seriousness of 3D Mario selling the system, it seems like this hasn’t happened since the days of New Super Mario Bros. Wii, and any new mechanics and design techniques that the new 2D game will bring, can make the same impression. .

such a great sun: Eve, she’s going to betray Alicia!

Skull & Bones Refuses To Sink And Already Sees Testers On...