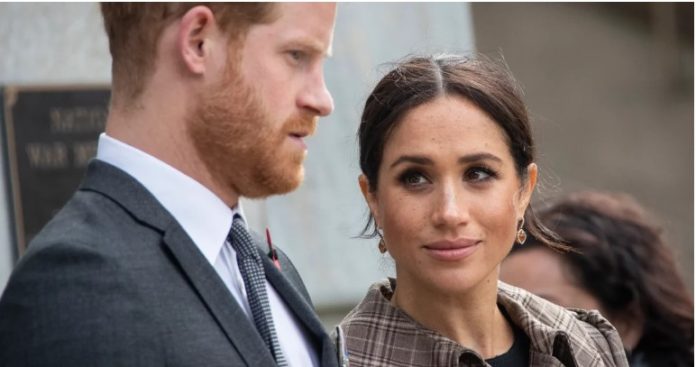 Prince Harry gets a lot of hate from royal servants and people in the United Kingdom for receiving the Robert F. Kennedy’s “Pulse of Hope”. Next month, he and his wife Meghan Markle will be honored with a prestigious human rights award for opposing the oldest institution in the United Kingdom. The Sussex family has been praised for calling out structural racism in the royal family without considering the negative impact it has had on their relationship with the family.

Many royal authors and experts are unhappy that Prince Harry and Meghan Markle received the award. They believe that by doing so, members of the royal family of Sussex overthrow the monarchy. Royal writer Angela Levin has made several serious accusations against the younger prince for making money by exposing his family in a bad light.

Angela Levine has accused the Sussex royal of doing everything his wife wants, including damaging her family’s image. She questioned the honesty of Prince Harry, who earned money by torturing the image of his own father, King Charles III. Levin also added that the Duke was quite close with his father before marrying Meghan Markle.

“It is obvious that he does what he is told. I mean, he’s getting weaker and weaker, and Megan just seems to be giving him orders, and he’s doing it.” Levin stated this in an interview with GB News.

Not only his father, but also the prince has a strained relationship with his brother Prince William because of Markle. It is believed that the two brothers do not see eye to eye, as the Sussex royal did not like his brother’s comments about his relationship with the former American actress when they were dating.

The Sussexs have signed a $100 million contract with Netflix under which they will produce documentary series alongside other shows. Meanwhile, a former high-ranking member of the royal family is also coming up with his memoir Spare, on which he earns $20 million.

Do you agree with Angela Levin’s opinion about Prince Harry? Let us know in the comments.