Home Tech It’s not just for Windows 11: Xbox can also gain support for...

One of the big highlights announced with Windows 11 is support for Android apps and today an app that has appeared in the Microsoft Store indicates that this feature could even reach the consoles of the Redmond company. Understand now how this should be possible.

Microsoft initially stated that integration with Android apps will be possible on Windows 11 thanks to a partnership with Amazon AppStore and Intel, however the Windows Subsystem for Android app available from the Microsoft Store may indicate that the system can use the same method as makes it possible to run Linux distros on Windows 10. 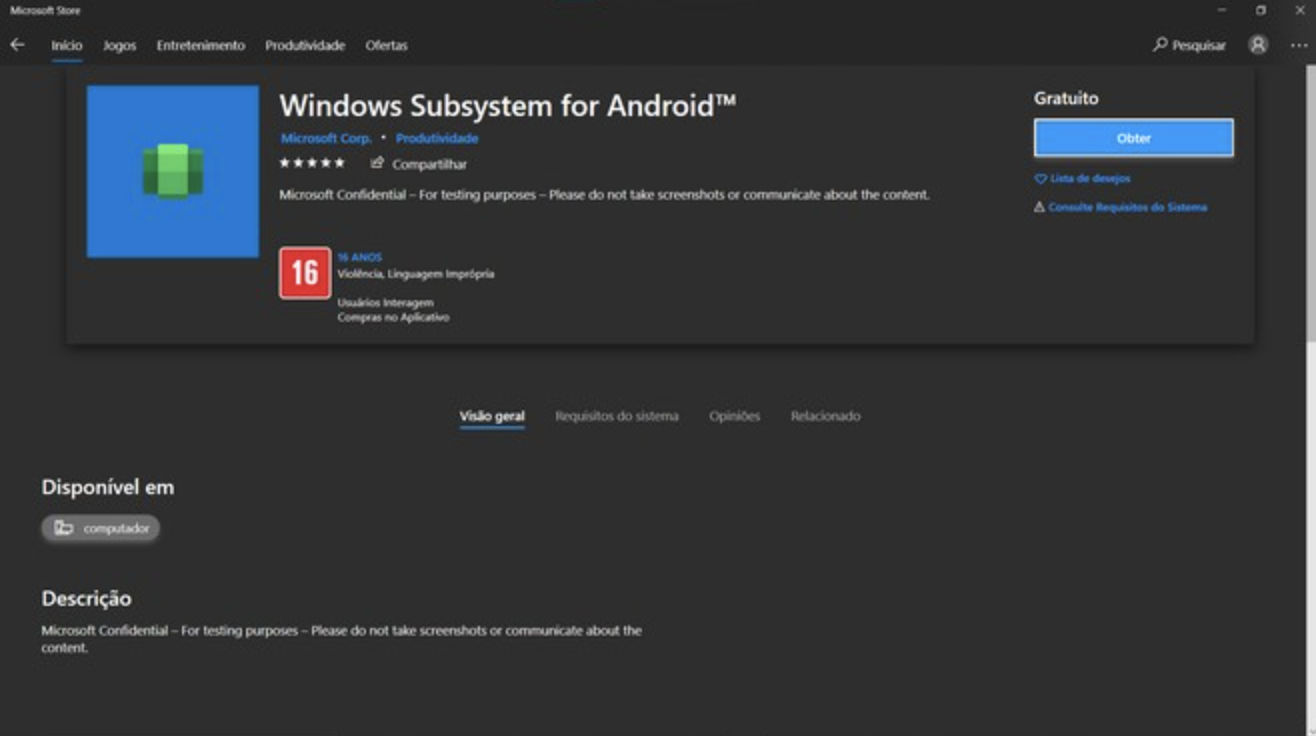 Unfortunately the app does nothing at the moment and cannot be installed on Windows 10 PCs, but it is possible that it will be responsible for bringing Android app support to Xbox and Windows 11 in the future.

On the other hand, it should be noted that Microsoft has already announced that support for Android apps will only reach Insiders initially and will not be available at the launch of Windows 11, which will take place on October 5th. So it’s likely that consoles will only receive this feature for some time, as neither Microsoft nor Xbox has commented on anything so far.