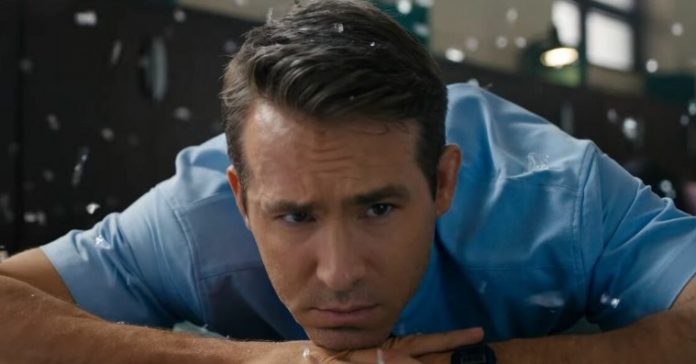 Ryan Reynolds is a man of many merits. Today he is one of the funniest and most interesting actors in the industry. In addition, his carefree nature is not limited only to screens. Ryan’s jokes and his witty image know no bounds, and his presence always makes everyone laugh. However, despite being a fun guy, Ryan is also an emotional person.

While his acting skills and comic timing are commendable, Ryan is also an investor who has made various lucrative investments in a number of businesses. Recently, as we know, Ryan also bought a Welsh football team called Wrexham AFC. In 2020, the news that Ryan Reynolds and Rob McElhenny took over the club hit the headlines. However, shortly after he took over Wrexham AFC, Ryan told how buying a football team put him in an emotional state. So what exactly happened?

Ryan Reynolds talks about his first experience as the owner of Wrexham A.F.C.

Ryan and Rob McElhenny have been in the headlines lately, whether it’s their wholesome romance or the purchase of Wrexham Association football club. However, initially buying a football team led the owners to an emotional roller coaster. Wrexham AFC has been playing in the National League for the last few years, trying to finally get back into the Football League.

Ryan and McElhenny got to know the National League Football League for the first time live on a cold October evening in Maidenhead. The duo’s first arrival was booed by the home fans. In addition, a series of “You bought the wrong club chants” followed. Ryan wasn’t a fan of it, as the Deadpool actor said: “I don’t know how people do it, it’s heartbreaking.”

Moreover, their first appearance as the new owners of the team was eventful. Maidenhead scored two goals in two minutes, and Bryce Hosanna won himself a red card, as a result of which the Wrexham team was reduced to 10 people. In the end, despite Wrexham scoring two goals, Maidenhead won 3-2.

Welcome to Wrexham
Since Ryan and Rob’s first experience as owners of Wrexham A.F.C. has been overwhelming, you can keep up to date with the latest updates, behind the scenes and important moments of the club by watching the documentary series based on the club, “Welcome to Wrexham”. The series, consisting of eighteen episodes, will guide you through all the ups and downs of the club.

“Queen” Victoria Larson “really hates” the producers of “The Bachelor”: I...

Billie Eilish admiring Ariana Grande, she would like her to win...