Home Crypto It’s down 70 percent! This altcoin can now grow! 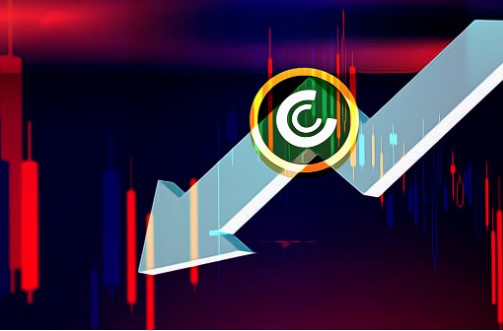 A 70 percent rise or fall is normal in the cryptocurrency markets. But investors prefer to be on the side of the bulls in this movement. But the market doesn’t always give us what we want, and sometimes we have to suffer 70 percent losses in months. This altcoin is one of them, can it fall yet?

The STX has seriously fallen from a high of $3.25 in December last year. However, it looks like the situation is about to change in favor of the bulls, as it is in a critical support zone. The price behavior of the STX as a whole has been bearish since its ATH with a bearish price correction. Its performance continued its downward trend this month, but its current position highlights some growth potential.

This is due to the fact that STX is trading on a triangle model supported by converging support and resistance lines, and is now stuck in the breakout zone.

The cryptocurrency is trading at $1.04 at the time of writing. The price is near the support line. It bounced back from the same support level in March and February of this year. The STX cash flow indicator has recorded strong exits since April 3, when its trajectory changed from bullish to bearish. By April 17, it had dropped to 24, after which a healthy return was registered. Since then, the price has continued to fall.

Meanwhile, the STX RSI has shown signs of a reversal just above the oversold zone over the past two days. The general downward trend in the cryptocurrency markets led to the fact that a significant part of altcoins was below the support zone. The result will be known in the next few days, but the in-network STX indicators are currently establishing a scheme of accumulation and distribution. Whale stocks have been fixed in the same range with little accumulation and dispersal since the beginning of March. It has also recorded significant NFT trading volume over the past four weeks, indicating that the Stacks network is currently generating significant profits, especially in the NFT segment. Sustained growth and utility will increase the value of STX in the long run.

Soon there will be an inevitable break between STX and the triangle model. A prolonged decline makes it a good candidate for growth, but a breakout can also be bearish. Whatever the result, another drop will make it even more attractive to return to the uptrend. As for other developments, a decentralized application called DappRadar integrates stacks to improve visibility. This development is likely to have a positive impact on stack growth and, consequently, on STX performance in the long run.

The biggest DeFi hack in the history of this altcoin: these...