By the beginning of June, Italy will begin testing with Immuni, the tracking app created to track how the new coronavirus is spreading in the regions of Liguria, Puglia and Abruzzo. The company that developed Immuni has granted the use license, passing the source code to the Italian government free of charge.

Immuni did not arrive without controversy. Since the idea of ​​a coronavirus tracking app came up two months ago, the debate on digital privacy has gained momentum in the country. The discovery that the government-chosen company, Milanese Bending Spoons, had a Hong Kong-based minority partner added questions about “potential risks to Italian national security”.

At the center of the discussion was the architecture of the app: centralized or decentralized model. In other words, in the centralized model, the information generated by the user’s smartphone is stored on a government server and not on the cell phones themselves, as in the decentralized model (the United Kingdom and France opted for the first as a strategy to contain the coronavirus). 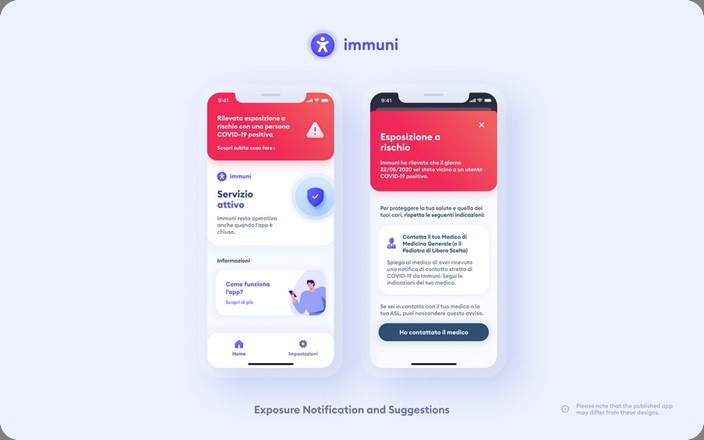 All cell phones generate their own anonymous identification for the application. When two people meet, they exchange this code via Bluetooth, that is, each smartphone generates a code and stores those of the people with whom it had contact.

When seeking medical help, the patient uploads these anonymous codes to a server, which in turn sends the list to all smartphones equipped with the tracking app. If someone’s Immuni recognizes their own code in that list, the user is warned that they have been close to a person infected with the new coronavirus for sufficient time and distance to allow contamination.

No data will be collected, except the province where the user lives. According to the government, this information will be deleted on December 31 of this year.