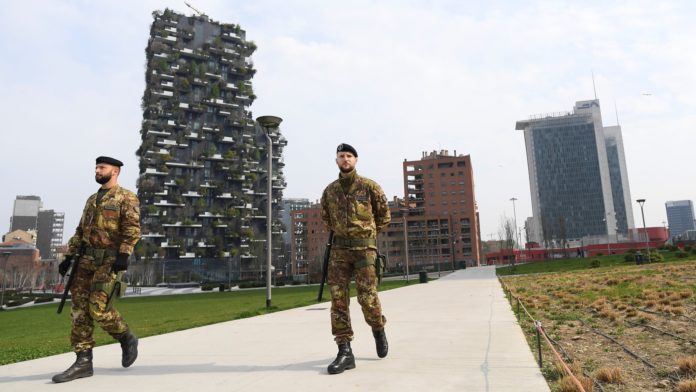 Although it originated in China, the coronavirus, which has led to much more severe results in Italy, has become a subject that many scientists are working on. Italy; He published a report with interesting results about the age, sex distribution of the infected people and what diseases they had. Let’s take a closer look at these data.

The coronavirus, which spread almost all over the world after it emerged in Wuhan, China, has caused quite severe results in Italy, one of the leading countries in Europe. In the country, which has been criticized for being late for taking action, 53,578 people are now infected. The number of people who died in the country passed China and reached 4,825.

With a report published today, the Italian National Health Service (ISS) provided information on the age, gender distribution and what diseases they have had in the country due to coronavirus. According to the report published on coronavirus, which is known to affect people aged 65 and over more, the average age of those who died in Italy due to this virus is 78.5. This shows how dangerous the coronavirus is for the elderly. It was also stated in the published report that the average age of women who lost their lives is higher than that of men.

Another striking detail in the published report was about the symptoms. It was stated that the most common symptoms of patients admitted to health institutions were fever and breathing difficulties. It was stated in the report that symptoms such as bloody sputum and diarrhea were less common. In addition, no symptoms were observed in 5.7% of patients.

In the ISS report, the average time from the onset of symptoms to people who lost coronavirus symptoms to their deaths was announced as 8 days. Also, according to the data of March, 36 of the 3,200 people who died were reported to be under the age of 50. 9 of these people are under 40 years old; It was stated that gender distribution was 8 men and 1 woman.

Fans may invest in Nothing, startup by OnePlus founder