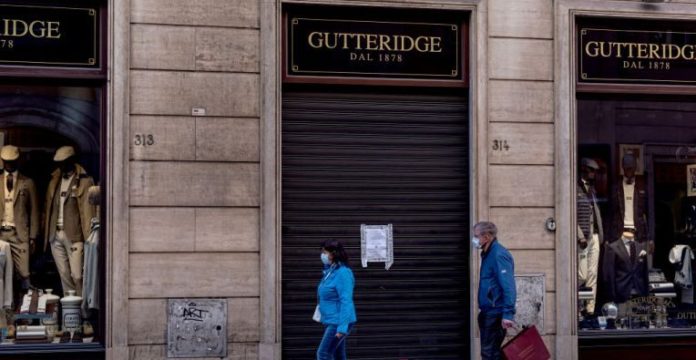 Italy, which is the second country with the most loss of lives due to the corona virus worldwide, has now decided to close all stores except pharmacies and food suppliers across the country.

Corona virus (Kovid-19), which has great effects around the world, continues to die especially in Italy. Various measures are being taken for the virus that spreads very fast throughout the country and infects thousands of people and takes hundreds of lives. After the football league holiday in Italy, the country’s prime minister, Giuseppe Conte, announced the new measures they took. According to the new statement, all stores will be closed, except for pharmacy and food suppliers across the country.

However, the work of all company departments that are not required for production and economy has been made mandatory. It is stated that the restaurants that do not provide 1 meter distance guarantee to their customers will be closed.

Most deaths after China in Italy
In Italy, one of the countries that Kovid-19 hit most, the virus has been infected by 12,462 so far, and 827 of these people have died. The loss of life has reached such high levels that the Italian government takes new measures. Conte stated that they have allocated 25 billion Euros for the family, business and health sector, which have a hard time due to the epidemic. It was announced that only 196 people died in Italy today.

See Also
A 2,600-year-old tomb with rich content was found in Italy

Nickelodeon confirms that SpongeBob is gay, in LGBT pride month

9 curiosities of The Heirs that will make you relive this...

Satellite launched in 1964 will fall to Earth this Saturday

Netflix: beware, the Friends series will soon leave the platform!