Home Science Italy Begins to Return to Normal From Tomorrow 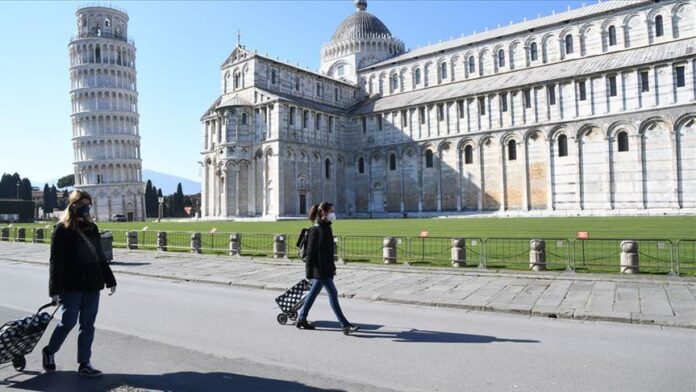 In Italy, which is one of the countries most affected by the coronavirus epidemic that affects the whole world, the first steps are taken for returning to normal life. Stiff restrictions in many areas are loosened.

Italy is one of the countries most affected by the coronavirus epidemic, which is transmitted to about 3.5 million people worldwide and causes more than 244 thousand people to die. The total number of cases in the country has exceeded 209 thousand and the number of those who lost their lives has exceeded 28 thousand.

Italy, which ranks second in the world in terms of the number of people who died due to COVID-19 disease caused by coronavirus, is making its first attempt to relax tight measures for the virus.

Construction, manufacturing and wholesale trade sectors will return to work first, within the scope of the 2nd phase, which is formalized by the Prime Ministry decree and defined as “the period to live with the virus”. With the second phase, 4.4 million people are expected to return to work.

The curfew is being narrowed down
In the southern European country, where curfew is forbidden except for mandatory needs, the scope of the curfew will be narrowed a little more from tomorrow (May 4), and people will be given some new rights. People will be able to meet with family members, provided that they maintain 1 meter of social distance apart from shopping and pharmacy needs.

In the second phase, where the rule of going out with the permit will continue, people will be able to do sports on the condition that they are not far away from their homes. Parks and gardens will also be reopened to people, provided that they are not crowded. Those who have shortness of breath or whose temperature is above 37.5 degrees should stay at home. Also, at this stage, the use of masks becomes mandatory in all public areas and public transportation.

Studies to normalize social life
Many municipalities, especially in crowded cities such as Rome and Milan, have changed the seating arrangement in public transportation. Social distance was taken into account in the new seating arrangement. In addition, drivers using public transportation were advised not to take any other passengers after half the vehicle was filled. In addition to these, the Municipality of Rome announced that an additional 150 km bicycle path will be built to increase the use of vehicles such as bicycles and scooters.

Within the scope of the second stage, it was announced that exams and graduation presentations can be made in the classrooms and lecture halls of the universities, provided that they comply with the social distance. Schools will also remain closed until September. The period of prohibition of layoff has been increased to 5 months.

Another measure to protect the social distance rule was on train journeys. With the second stage, the train services will be done at half capacity. Another measure taken in this context was the introduction of the pre-reservation condition for intercity train journeys. According to the decree, as of May 11, libraries, exhibitions and museums; As of June 1, restaurants, cafes and hairdressing salons will be opened.

Scientists Made an Explanation of Why Time Cannot Be Reversed

Method Of Bending Wood Without Machine