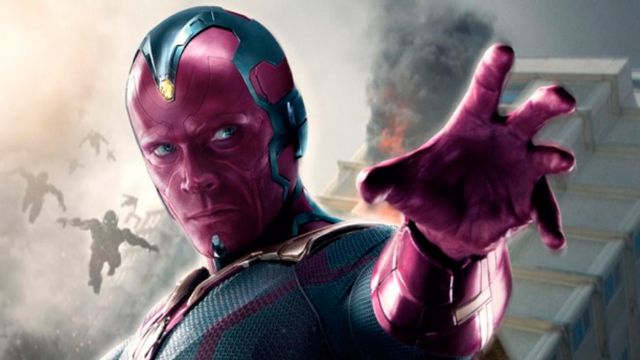 The actor who gives life to Vision in the MCU and who now stars in his own Marvel Studios series on Disney + discovers an unpublished scene about his character.

Paul Bettany, an actor who plays Vision in the MCU and now stars in the first Marvel Studios series for Disney + with Scarlet Witch and Vision (WandaVision), has acknowledged in a recent interview with Elizabeth Olsen (Wanda Maximoff) in Ask Each Other Anything from IMDb and which The Wrap collects that his synthetic character starred in a post-credit scene for Avengers Endgame, but that Kevin Feige discarded it from the final cut. Now, the actor has described this scene, regretting that it was not finally included.

Vision’s fatal fate in the MCU

Recall that Vision died (if we can attribute this condition to a synthetic being) at the end of Avengers Infinity War at the hands of Thanos when the Mad Titan tore the Mind Stone from his forehead, causing the android to collapse and leaving his body in a off-white tone, in clear reference to Marvel comics. And despite the Hulk’s snap in Avengers Endgame, Vision did not return with the rest of the missing, since his “death” occurred just before Thanos’s snap.

Now, Paul Bettany acknowledges that a post-credit scene was filmed for Avengers Endgame that alluded to Vision’s fate in the UCM, footage that we never saw because it was discarded by Kevin Feige himself. This is how the actor remembers: “At a specific moment I was going to be in a scene in which they opened a kind of drawer where there was a body bag and there was Vision. Kevin Feige spoke to me and said, “I have to delete those takes.” I thought, ‘Ugh!’ Because I really wanted that extra appearance, ”explains Bettany.

See Also
Avengers Endgame: Since when was the end of Steve Rogers planned?

Without a doubt, it was a scene that would have given rise to numerous theories about the possible return of Vision in the future at a time when nothing was known about WandaVision. Finally, the character has returned to the MCU through said series, although at the moment it is not known if he will have continuity in what appears to be an artificial universe.