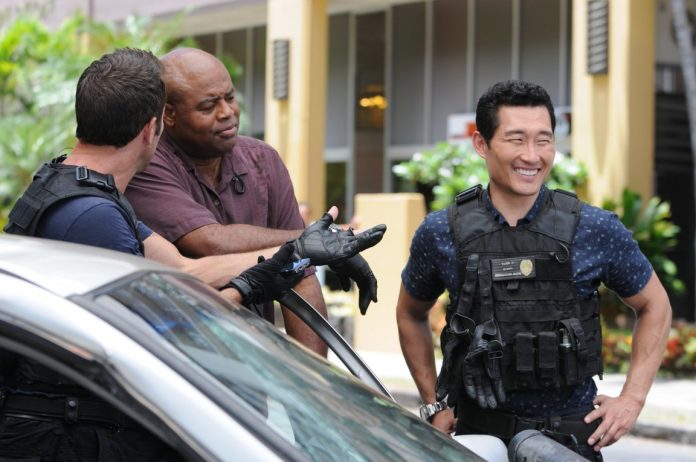 One of the supporting characters on the Hawaii Five-0 series, Lou Grover (Chi McBride), managed to have a special episode called, “Malama Ka Po’e”, but, this was the reason they did it.

The reboot of the Hawaii Five-0 series failed to reach or match the number of seasons for the original series, despite the mix of jokes and action that the series had, it managed to have a very successful formula.

Believe it or not, the reboot of the Hawaii Five-0 series takes place in the vast universe of popular NCIS series, which includes series such as JAG and Scorpion.

But for the fourth season of Hawaii Five-0, they brought in the character of Lou Grover, former captain of the Honolulu SWAT team, in the beginning Grover and McGarrett (Alex O’Loughlin) hated each other, but throughout the seasons. they became good friends.

The Hawaii Five-O season 6 episode “Malama Ka Po’e” gave McGarrett and Dano a chance to relax by focusing on Grover and his family. Lou, his wife, and his two children are forced to flee when an old enemy from Grover’s past comes seeking revenge.

McGarrett and the team try to track him down as the killers hunt down the Grover family, and the episode is a good showcase for Grover as he tries to keep his family calm and safe amid some close calls and tense shootings.

Of course, the drama ends pretty well at the end of the episode, but “Malama Ka Po’e” is unique in its focus on Lou Grover and his family rather than the main team, with “Danno” completely absent from the episode.

Lou Grover has always been one of the most interesting supporting characters in Hawaii Five-O and McBride’s performance in the episode was a good reminder of why. It is rumored that this episode was centered on him, having a great fame in action movies and they were looking to catch his fans for the series.

Kim Kardashian to ignite the Web in total SKIMS look!