Home News It turns out that termites can accelerate climate change: how? 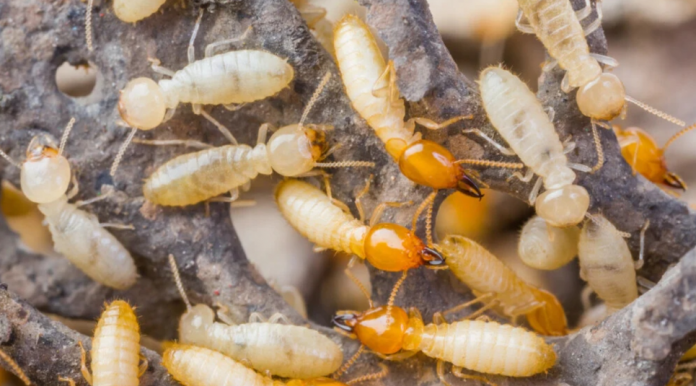 Scientists have found that termites, also called ants, consume wood faster in warmer areas. This showed that more carbon would be released into the atmosphere from the forest, showing that termites could play a major role in climate change.

Termites, which in our country are called by different names, such as termites and flying ants, are known for living in colonies and moving very quickly. Although these tiny animals do not directly harm humans, they can cause serious problems due to the fact that they feed on wood and organic materials.

However, only 4% of termites worldwide are capable of causing serious damage to your home. It is also known that forest-eating termites play a large and important role in nature in warm tropical and subtropical ecosystems. When they feed on these things, they recycle the necessary nutrients into the soil and release carbon into the atmosphere. A study conducted on such characteristics of termites once again shows how much these creatures love warmth.

It turns out that termites like a warmer environment and can contribute to climate change.

The study, published in the journal Science, looked at issues such as the connection of termites with heat and their impact on global warming. As a result of their study, the researchers noticed that termites consume dead wood faster in warmer conditions. It turned out that termites living in an area with a temperature of 30 degrees can burn wood seven times faster than in a place with a temperature of 20 degrees Celsius.

So, what does this mean? The results show that carbon emissions into the atmosphere will increase due to wood consumed by these species. The researchers used the model to see the effect of termites on climate change. Studies have predicted that there will be a serious increase in termite activity in the coming years. This showed that the rapid consumption of dead wood will accelerate climate change.

Understanding termites is vital for the future of our planet

Let’s talk about the wood consumed by termites. As you know, trees that are of great importance to the Earth play a serious role in the carbon cycle, absorbing carbon dioxide. Most of the trees that grow every year, a small part of them die. This shows the carbon-filled “dead wood” that creatures like termites feed on. When this dead wood is consumed quickly, the accumulated carbon is released back into the atmosphere. However, if the opposite happens and the rotting of wood is slowed down, the amount of carbon dioxide and methane in the atmosphere can be reduced.

That’s why scientists are conducting such studies, saying that it is important to understand the dynamics of organisms decomposing dead wood, since the threat of climate change is increasing due to carbon emissions.

Researchers who received new information about termites during months of research in different regions also found that these species do not like heavy rainfall and usually consume less wood in places with low to moderate rainfall. For example, a study found that termite consumption is 5 times higher in the subtropical desert in South Africa than in the Puerto Rico rainforest.

The Unemployment Crisis Is Growing Increasingly