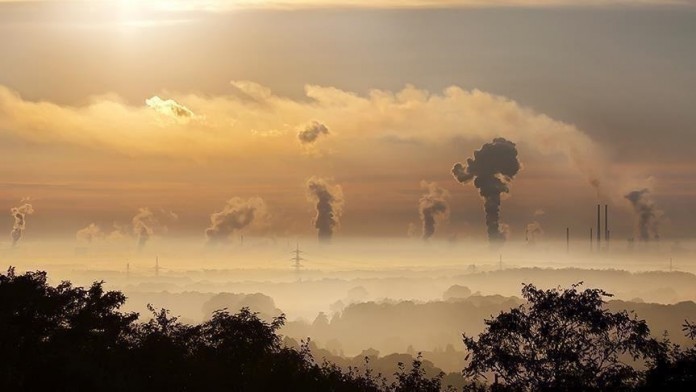 A new study has provided new findings on the relationship between air pollution and sperm quality. The study revealed that exposure to smaller particulate matter more affected the quality of sperm.
While researchers have long sought to understand whether there is a link between air pollution and sperm quality, it remains unclear whether air pollution has adverse health effects on male fertility, as the results of studies are often inconsistent. But there seems to be good reason to believe that air pollution has a negative impact on the fertility of the entire population in general, according to a new study.

According to the study published in the journal JAMA Networks and conducted on 30,000 men in China, it turned out that air pollution can negatively affect semen quality, especially sperm motility, which is the ability of sperm to swim in the right direction. In addition, the research indicated that the smaller the size of the pollutant particles in the air, the greater the link with poor semen quality.

Particulate matter of different sizes affects sperm at different rates.
In the past months, the effects of air pollution on sperm count have been investigated and it has been revealed that pollution reduces sperm count. The new study, conducted by researchers at the Tongji University School of Medicine in Shanghai, analyzed the data records of 33,876 men, among whom were exposed to varying degrees of air pollution, and whose partners became pregnant with the help of reproductive technology with their partner’s sperm. After this analysis, the researchers investigated samples between semen quality for whether participants were exposed to amounts of particulate matter smaller than 2.5 micrometers, 2.5 to 10 micrometers, and 10 micrometers in diameter, at various moments during the 90-day period prior to their hospital visit.

To determine the quality of semen, researchers focused their studies on factors such as sperm count, sperm concentration and sperm motility. As a result of their analysis, the researchers found no significant correlation between air pollution and sperm quality in terms of sperm count or concentration, although greater exposure to smaller particulate matter increased both progressive sperm motility, which is the ability of sperm to swim forward, and sperm’s overall swimming ability. They found that it affects sperm motility.

In addition, according to the data obtained in the study, exposure to air pollution shows its effects more clearly when it occurs during the spermatogenesis stage, which is the first stage of the 90-day sperm production process. Researchers speculate that this may be due to particulate matter affecting sperm at the genetic level, although more research is needed to fully understand this.

“Our findings suggest that smaller particulate matter size fractions may be more potent than larger fractions in inducing poor sperm motility,” said the paper’s authors, noting that these findings also highlight the importance of reducing the exposure of reproductive-age males to air pollution.