Home Tech It Turned Out Some Apple Employees Are Using Android ‘To Hide Their... 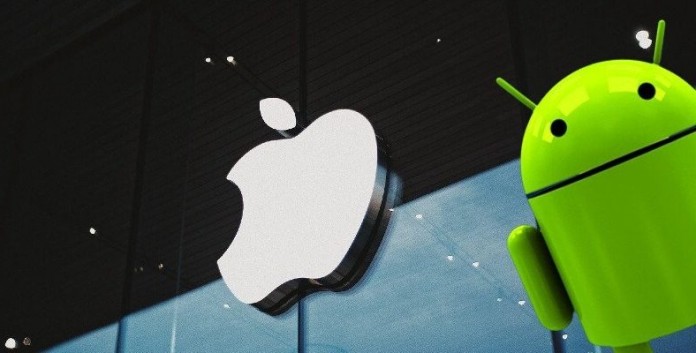 According to the news, many Apple Store employees in the USA are on the way to unionization due to the problems experienced. It is also among the news that employees who want to keep their plans and identities secret use Android phones for their security.
With more than 65,000 retail employees and more than 270 locations in the United States alone, Apple is known for its loyal customers and employees. However, the latest reports on Apple, one of the largest companies in the world with a market value of almost 3 trillion dollars, show that the company’s retail employees do not see much benefit from this huge success of Apple.

It seems that many Apple Store employees across the United States are secretly on the road to unionization due to their pockets of salary problems. In addition, it is among the news that these employees, who do not reveal their identities, use Android phones to make sure that the fact of who they are is kept secret.

Apple Store employees, who find the paid wage insufficient, plan to unionize
It’s true that Apple’s hourly rate of wages is consistent with what other retailers in the same regions pay; however, there is a fact that most of the other companies in question do not earn as much as Apple. Rising inflation and housing prices across the USA also affect the decision of the Apple Store employees to unionize, who argue that the hourly wage they earn is insufficient compared to the money the company earns.

According to sources who spoke to the Washington Post, at least two Apple Store employees who will apply to the National Labor Relations Board also receive support from national unions. Moreover, it is stated that the employees of six Apple Stores are slowly moving towards unionisation. In addition, it is stated that pro-union workers, who have not disclosed their identities for now, as a precaution against a possible counter move from Apple, use encrypted chats and even Android phones to avoid eavesdropping by store managers and to ensure that their identities are protected.

It should be noted that the struggle of retail employees to unionize is among the news that a few Starbucks store employees in the USA were inspired by the recent wins that started in a store in New York and have since spread to nearly 100 stores across the country.