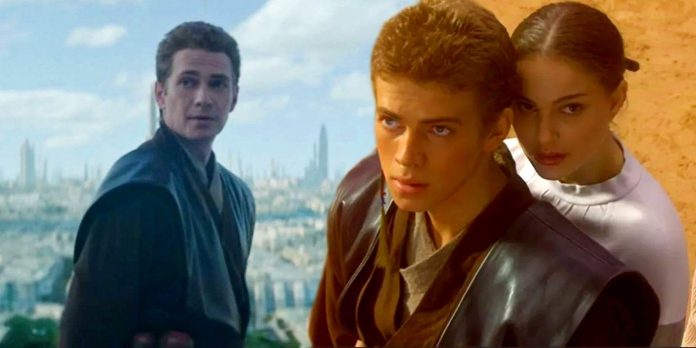 One of Anakin’s least popular traits in the Star Wars prequel was his supposed tearfulness, but Obi-Wan Kenobi finally justified this infamous character choice. It’s always been hard to imagine how an anxious teenager from Attack of the Clones could turn into one of the most terrifying figures in the galaxy. Fortunately, there is now a satisfactory explanation that not only justifies Anakin’s disappointment, but also adds an extra layer to his previously monotonous personality.

In the prequel trilogy, the portrayal of Anakin Skywalker by actor Hayden Christensen has been criticized in certain circles for being overly simplistic, childish, and sometimes even annoying. While many of the most egregious examples were toned down during Revenge of the Sith, Anakin’s constant complaints about Obi-Wan in Attack of the Clones were perceived as contradicting the tragically heroic figure that viewers expected. For example, several scenes between Anakin and Padme were sharply criticized for the fact that Anakin was portrayed as nothing more than a spoiled child, annoyed that he could not get his way. In particular, his claims that he was being deliberately concealed were found to be unfounded. However, fortunately, the scenes of Obi-Wan Kenobi’s memories largely explain his irritation.

In a lightsaber practice fight in “Chapter V” between Anakin and Obi-Wan, a young Jedi— still a student at this stage—ends up being verbally censured by his teacher. Finally, after defeating him in battle, Obi-Wan declares: “You are a great warrior, Anakin, but your need to prove yourself is your undoing. Until you overcome this, you will remain a padwan.” This is perhaps the first time that Star Wars has explicitly acknowledged that Obi-Wan was actually holding Anakin back, holding him as a padawan as he overcame a perceived need to prove himself. This finally explains the tension between student and teacher–at least on Anakin’s side—as there were clear disagreements about how advanced Anakin actually was.

Given Anakin’s impressive performance in their lightsaber duel, as well as the extensive skill set he demonstrates throughout Attack of the Clones, it seems that he had good reason to believe that he was ready to progress faster than Obi-Wan was willing to allow. . Obviously, there were flaws deep inside Anakin that made his master especially careful. However, this explanation from Obi-Wan finally shows that Anakin had legitimate claims to the direction of his training. While this may not fully justify his complaints about the Clone Attack, it at least means that much of what he was saying was true — as Obi-Wan himself would say — from a certain point of view.

As a wise and astute Jedi master, Obi-Wan’s words could also have a much deeper meaning than just scolding his student. During their training fight, he also warns that “Your need to win, Anakin, is blinding you.” Vader’s overwhelming desire to track down Obi-Wan during Chapter V, his capture and destruction of the decoy ship, and the subsequent escape of his former master show that this maxim is still true. In a way, Vader’s blind pursuit of victory at any cost shows that he is, in fact, still a padawan. Although Obi-Wan Kenobi explains Anakin’s complaints, it may also prove that Obi-Wan was absolutely right to advise his student in this way.