Home Entertainment It Takes Two To Hit The Top On Steam 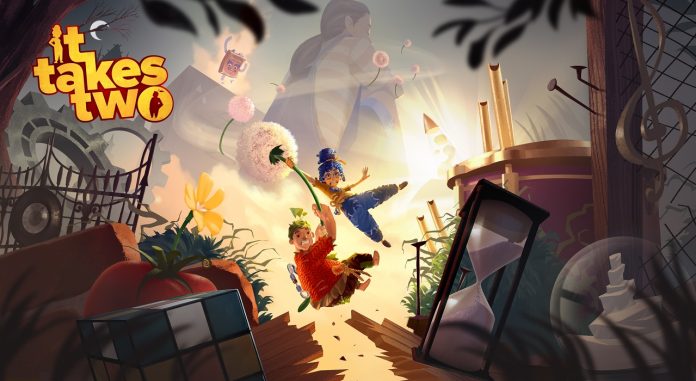 It Takes Two ranks first on the bestseller list. Popular game platform Steam has updated the list of best selling games. According to the data of the last two weeks, the adventure-puzzle game It Takes Two ranked first on the bestseller list. The game, which was in the second place in the past weeks, is now at the top and continues to increase its sales.

It Takes Two makes a difference with style

It Takes Two, whose publishing is undertaken by Electronic Arts, has been talked about since the first day it came out with its unique style. Behind this success lies the style of the game and the features it promises. It Takes Two, which does not offer the option to play single player, only allows playing in pairs. That’s why you should definitely find another player with you.

The highly rated adventure game on the game review site Metacritic maintains its sales consistently. We see that the high scores it obtained are reflected in the sales figures. However, the sales figures have not been officially announced yet.

If we look at the other games in the ranking; In the second place is Stellaris Nemesis game developed by Paradox Studio. Stellaris, which has maintained its place in the past weeks, does not seem to be able to lose the second place for a while. In third place is the VR Kit, which was released by Valve, the owner of the Steam platform. This kit allows you to get the best experience on the Half Life Alyx game they have developed.

In the fourth place is Sea of ​​Thieves game developed by Rare company. The game, which attracts attention with its pirate theme, maintains its position this week. Fifth place is Outriders, the popular role-playing game since its first day. Since its introduction, it has been mentioned mostly for the mistakes it has included in it. This situation should have been reflected in the sales figures, as we can see in the table, there is a decline towards the fifth rank.

The list of Steam bestsellers ends here. Do you think It Takes Two, which is at the top of the list, could be the game of the year? You can express your thoughts in the comments section.