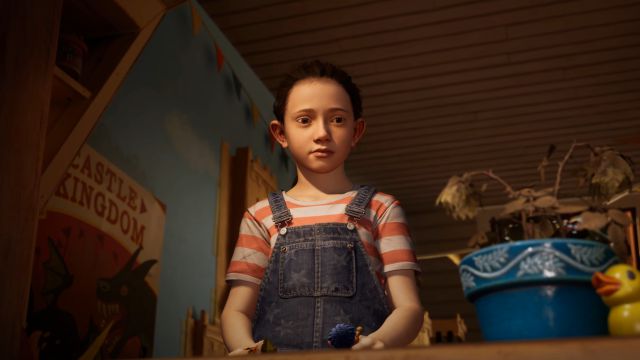 Josef Fares narrates the main characteristics of It Takes Two in his new official trailer. It will arrive on March 26 on PS5, PS4, Xbox and PC.

It Takes Two presents a new video in which it shows, with the help of Josef Fares, his wide variety of levels and gadgets. We recently learned that it has already reached its gold phase, which means that Hazelight Studios has completed development.

With those three words we can define its newly released official trailer. The video, which you can see under this paragraph, is commented on by Fares himself, who explains the uses of the objects that we will find throughout the adventure. In one of them, the protagonists receive half of their magnet as a metaphor for their attraction. With it we will be able to get closer and further away from the platforms that have the same pole.

Fares narrates that the number of mini-games will be high, as will the possibilities of interaction with the elements of the stage. We know that the campaign mode will last between 14 and 15 hours, as he himself claimed a few weeks ago. It Takes Two will also qualify for the Friend Pass, as did A Way Out. With a single copy you can invite your friend to join the adventure at no additional cost. Naturally, you will not find restrictions of any kind.

We discovered the existence of the game during The Game Awards 2020 gala, where the director showed what he was cooking in his studio. He also does not avoid controversy: in January he spoke about the new generation of Microsoft consoles and their “confusing” names. “What the hell is going on with Microsoft? Their heads are freaking out, man. What the fuck is going on? Series S, X, Mex, Next. I mean, who finds out? It’s crazy. Call it Microsoft Box And that’s it. I don’t know. It’s a fucking disaster. Believe me, even they are confused in their offices. What is this X, S … I don’t know what the hell it is, “he told IGN.