Home Entertainment It Takes Two Creator On NFTs: “I Prefer A Knee Shot” 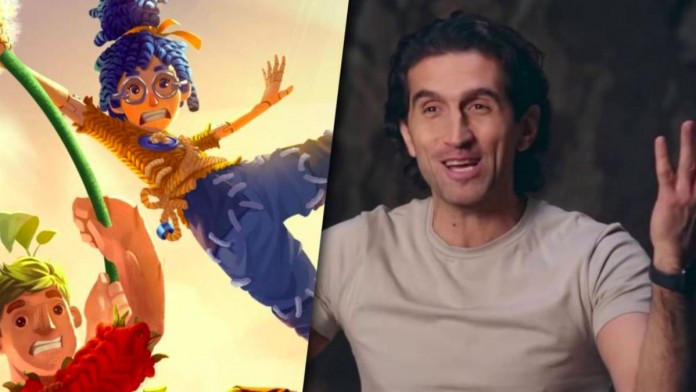 It Takes Two: After winning the GOTY 2021 award for It Takes Two, the ever-clairvoyant Josef Fares speaks out on controversial NFTs and games as a service. Josef Fares, the creator of Brothers: Tale of Two Sons, A Way Out and the recent It Takes Two (Game of the Year for MeriStation and GOTY 2021 at The Game Awards), has always been a guy without mincing words and very clear when making your opinion known. Among his great successes are the “Fuck the Oscars” and the mythical comparison between sex and video games, at least in terms of duration. Well, Fares has wanted to pronounce now on the controversial NFT and his statements have been at the height of his person.

“Let me tell you something”, he began to say in an interview for The Washington Post, “any decision that is made at stake to make the player pay more is wrong. If you make a game with the intention of telling a story and you do that, I think it’s wrong. Now if you ask the CEO who runs a great company, he would say that I am an idiot because companies are there to make money. But I would keep saying no because, for me, video games are art. I’d rather shoot myself in the knee than include NFT in my next jobs. ”

Neither NFT nor games as a service

Clearer, water. But Fares dares to go further and not only aims his darts at NFTs, but also at the so-called “games as a service”. He does not understand the interest in replayability and in making the same audience return to the same title over and over again. “If we already have the problem that most of the people do not finish the games (here we reviewed the most finished and abandoned of 2021), why focus on replayability? There are titles designed for that and I’m not saying it’s a bad thing per se, but we at Hazelight will never do that. “