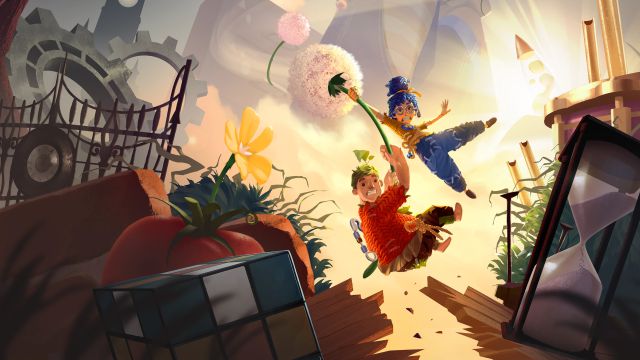 It Takes Two: Hazelight Studios’ cooperative adventure is successful in sales and Josef Fares celebrates it by claiming the interest of the players in his proposal.

It Takes Two, the multiplayer adventure for two players developed by Hazelight Studios with Josef Fares at the helm, has managed to sell nothing more and nothing less than a million copies just a month after its launch. Taking advantage of the announcement, Fares has shown his joy to see that there are still many users “interested in exclusively cooperative video games”. For its part, the official account of the study appreciates “the love” that many players have shown towards the game and points out that the title is still “strong” on a commercial level.

The cooperative adventure directed by Josef Fares, who already surprised two years ago with A Way Out, proposes to undertake a trip for two with the intention of reflecting on the problems that any marriage can experience. To do this, he makes a display of originality that is committed to transforming the couple in question (Cody and May) into toy dolls. From that moment on, they both see the world from a different perspective.

In our analysis, we highlight that it is “one of the surprises of 2021, the best work of Fares and an essential work for anyone who wants to discover a cooperative title that will leave a mark on us”, thanks to its premise of offering the player “a formula balanced and surprising at all times ”. We also point out “the string of unforgettable scenes” it houses, as well as “the number of enemies, settings and mechanics” it has.

It Takes Two is available on PC, PS4, PS5, Xbox One, and Xbox Series X | S. In addition, we remind you that if a player owns the game, it is not necessary for his partner to acquire it; both can play with a single copy thanks to the friend pass, as happened in the aforementioned A Way Out.