Home Entertainment It seems that Grand Theft Auto 6 may exist even longer than... 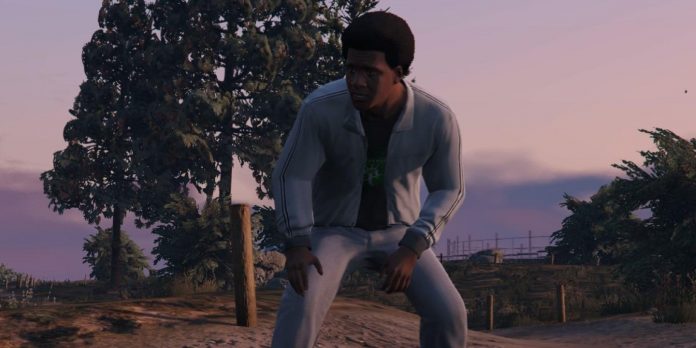 Grand Theft Auto 5 was a record-breaking game that earned its place in the history of games. However, for years gamers have been ready for the next part of the Grand Theft Auto series. Fortunately, Rockstar has confirmed that Grand Theft Auto 6 is in development, although it has not yet announced any details. With such a popular franchise as Grand Theft Auto, it is quite natural that leaks and rumors will flourish instead of official information, and so it was.

A recent Bloomberg article, which claims to have sources inside Rockstar, painted a clearer picture of the current state of the company and the upcoming game. Grand Theft Auto 6 can be very different from its predecessors in terms of tone, and this is the result of a change in Rockstar’s internal culture. The most interesting thing is that thanks to constant updates, it can also have a fairly long lifespan, and maybe even longer than GTA 5.

The expectation of GTA 6 has been high for many years, partly due to the unusually long existence of GTA 5. Many statements have been made regarding the setting of the upcoming game, game characters and what gameplay mechanics Rockstar can include. One of the most credible leaks came from Bloomberg, and recently published articles published some details related to the game. According to Bloomberg, Rockstar is undergoing significant changes. Gamers have seen this from the outside, for example, with the departure of founder Dan Hauser in 2020.

According to Bloomberg journalist Jason Schreier, the company has taken steps to abandon the former fraternity culture. This led to the company reducing the gender pay gap and removing transphobic jokes from GTA 5. This change will affect GTA 6, according to Schreier, who claims that the game will have the first female protagonist of Grand Theft Auto. The main character will be a Latin American, and she will become half of a couple similar to Bonnie and Clyde. In addition to portraying a female protagonist, the developers also take care not to “beat down” by jokingly targeting marginalized groups.

The developers originally planned to portray both South America and North America, but the idea turned out to be too ambitious. Consequently, Rockstar scaled back to focus on Miami and its surroundings. Rockstar plans to update the map by constantly adding new cities and missions, which is an exciting prospect. It may take years before gamers see GTA 6, however, according to Bloomberg sources, the game has been in development since 2014.

Grand Theft Auto 6 May have a Long Life

With such a long development period, Rockstar Games will want to get a big return on its investment, and it looks like it has found a way to do that. By constantly updating the game with new content, she can ensure that the game is always up to date, constantly attracting new players. In addition, free updates can be delivered along with paid content, as in Grand Theft Auto: Online, which can make the game extremely profitable. long-term perspective.

Constant updates can also ensure a long life of the game, perhaps even longer than GTA 5. Some gamers may like this, because, provided that the world of GTA 6 is exciting and well-developed, it is easier to invest in the game for a long time if you know that it will be supported by new content for a long time. time. One of the biggest complaints gamers have about GTA 5 is that there was no DLC for a single game, which was a big disappointment for many players who liked the DLC that was in GTA 4. Constant GTA 6 updates can be a way to solve these problems and ensure that single-player players will be satisfied in the long run.

The success of GTA 6’s long life will largely depend on how interesting the new region is. If it’s true that he’s inspired by Miami, the next game will likely take players to Vice City. The region has been explored in previous games including GTA: Vice City and GTA: Vice City Stories, and its neon lights and 80s soundtrack have made it a fan favorite. However, much of what characterizes the version of Vice City that players are familiar with has its roots in a very specific period. It will be interesting to see if the upcoming game will bring gamers back to the 80s or if it will try to present a modern version of Vice City.

It is worth taking into account that many gamers considered the lifetime of GTA 5 too long for a single game. Even without DLC, GTA 5 existed for three generations of consoles, and this was facilitated by the fact that it had three main characters, which allowed gamers to look at the story from different points of view.

After Meghan McCain’s departure, it looks like The View is finally...

The box office of “Thor: Love and Thunder” continues the bad...