Home Celebrity “It seemed to me that I was doing a drug deal…” —... 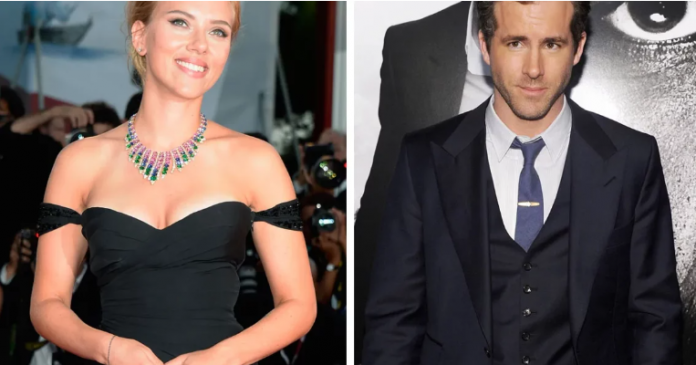 Scarlett Johansson married the famous comedian Colin Jost two years ago, and Ryan Reynolds has been living a happy life with Blake Lively and three charming daughters for a long time. But before that, as you all know very well, these two famous faces of American cinema were a couple. The “Avengers” actress began secretly dating the “Deadpool” star in 2007, and they were almost never seen together in public.

The star couple got married in 2008, their marriage lasted only three years. Their relationship was a mystery to fans, as they never talked about each other in interviews and did not share photos. Surprisingly, we didn’t see the slightest hint of their wedding, which was quite strange for fans. And it seems that Scarlett agrees with us on this issue, as she once hilariously compared her wedding with Ryan to a drug deal and an Avatar.

Scarlett Johansson spoke about her secret marriage with Ryan Reynolds

According to Fandom Wire, Scarlett Johansson once talked about her first marriage. The actress married Ryan Reynolds at a young age when she was only 23 years old. The star of “Black Widow” told the media that she never imagined that she would get married in a “dark alley”. “But it turned out that way. It was really quite secret and I felt like I was making a drug deal without all the fun…,” Johansson explained.

Moreover, she made a funny comment that they secretly got married by the sea with bears, whales and eagles. According to reports, the former couple hid their ceremony at a rural resort in Vancouver from prying eyes. However, the actress has never expressed any grievances against her ex-husband.

On the other hand, she took it positively as a growing up of life experience. Because, as she said, they got married very early and she romanticized the concept of marriage. Meanwhile, as the couple kept their marriage a secret, so did their divorce.

They are currently both happy in their lives with their partners, and Ryan Reynolds is about to welcome another child into the family. What do you think about this secret relationship? Share your thoughts with us in the comments section.