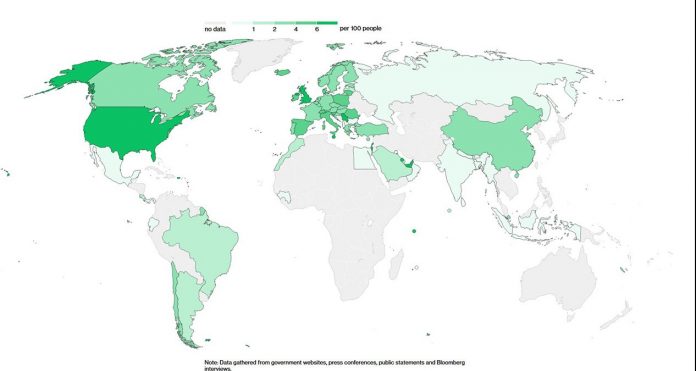 Bloomberg, an American-based broadcaster, sought the answer to this question. The resulting answer may not be as early as you expected. According to calculations, if vaccine distribution continues at this pace, it may take 7 years to gain global immunity.

Time to global immunity against coronavirus

According to Bloomberg’s calculation, 124 million people worldwide have been vaccinated against COVID-19 so far. Taking into account the necessity of vaccinating 75% of the population for herd immunity, Israel reaches herd immunity after 2 months. According to Our World in Data data, 62.1 out of every 100 people in Israel are vaccinated.

According to Bloomberg’s calculations, it takes 2022 for the USA to become immune. According to the calculations made, if the vaccination process continues in this way, the USA will have gained herd immunity on January 1, 2022. According to Our World in Data data, 11 out of every 100 people in the US have been vaccinated so far.

England is one of the most successful countries after Israel in vaccination. It is estimated that immunity will be gained within 6 months in the country where the vaccine developed by Oxford University and AstraZeneca is used extensively. According to the news in Hürriyet, the British press attributes the country’s success in vaccination to leaving the EU.

It is calculated that Germany will get herd immunity after 3.4 and the Netherlands in 3.9 years. It should also be remembered that these calculations are based on current data and situation. It is stated that these times will be shortened if new vaccines and treatments are found and production and logistics problems are overcome.

10 Cryptocurrencies Set All Time Record in One Day