Home Entertainment It looks like the relaunch of “The Green Hornet” has a major... 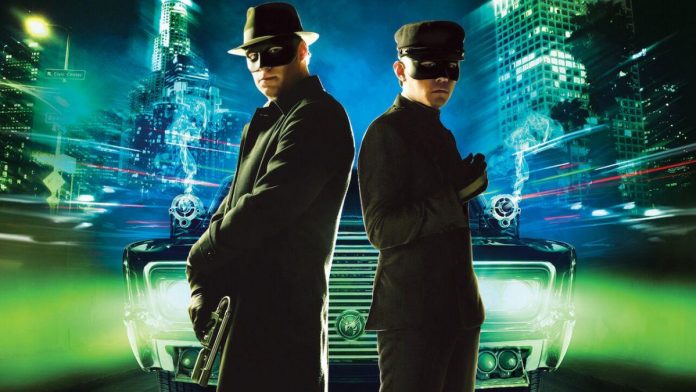 In 2011, we received a widescreen adaptation of The Green Hornet, an adventure radio drama of the 1930s, which has been filmed many times over the decades. The latest film version received mixed reviews and moderate success, but failed to gain popularity as a franchise. And more than ten years have passed, which means that the reboot is long overdue. A new film based on “The Green Hornet” is moving forward, and it looks like Lee Whannell from “The Invisible Man” may take the director’s chair.

It is reported that over the past couple of weeks, Universal executives have met with several directors about working on the film “The Green Hornet and Kato”. Deadline says that this is one of the most sought-after directorial works available at the moment, and the studio intends to use Lee Wannell, who previously shot “The Invisible Man” for Universal, which was a success both critically and commercially.

“The Green Hornet and Kato” is a screenplay by David Koepp, the author of the original “Jurassic Park”, the first film “Mission Impossible” and more than 40 other films. It seems that Universal really likes the script, and once the director gets a foothold on the film, it is expected that he will quickly move to pre-production.

“The Green Hornet” began as a radio drama of the 1930s. It tells the story of Britt Reed, a newspaper owner who, along with his friend/valet Kato, became a crime fighter. The police consider the Green Hornet a criminal, but this perception allows him to infiltrate other criminal organizations in order to destroy them.

The radio show was adapted into a TV series in the 40s and a short-lived television series in the 60s. The main difference of the show is that it marked the debut of Bruce Lee in front of an American audience, who played one of the main roles in the role of Kato. The show lasted only one season, but overlapped with Adam West’s more popular Batman series.

In the 2011 film version of The Green Hornet, Seth Rogen played Britt Reed in the title role, and there was an atmosphere of a comedy thriller that did not correspond to previous versions of the characters. Honestly, the movie could have been even weirder than it was, as Nicolas Cage was almost cast as the villain of the Green Hornet in what would have been a wild performance.

It seems that David Koepp’s script makes the story a more straightforward action movie, which may also explain why Universal wanted to bring in Lee Whannell, since that’s what he’s known for as a screenwriter and director.

While there probably aren’t many big fans of the Green Hornet, unless you grew up listening to tapes of old radio shows, those of us who are fans are probably all much happier to see a more traditional version of the character. With what seems like a solid script and a proven director working on the project, now we just have to choose the perfect Green Hornet and Kato.