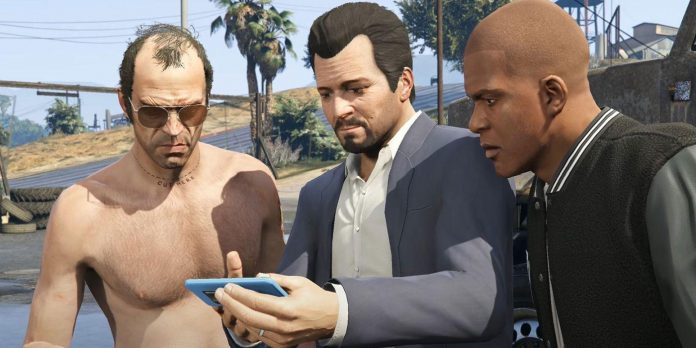 It seems that Grand Theft Auto 6 and its developer Rockstar Games are moving in a new direction. A ton of information has recently been published detailing what the developer is working on, and the studio reportedly wants to go beyond game design with GTA 6 again. However, apart from the game itself, Rockstar is reportedly working hard. improving the culture of your workplace. The company’s reputation has suffered a lot over the past few years, but it seems that positive changes have taken place during the development of the next project.

Conversations about the next part of the Grand Theft Auto series began shortly after the release of GTA 5 in 2013. GTA 6 will reportedly have two main characters, including the main character, who will have a dynamic similar to the infamous criminal couple, Bonnie and Clyde. , who began an infamous criminal activity during the Great Depression. It is said that the action takes place in the fictional Miami and its surroundings, and the developer will apparently add more cities and missions to the game world after its release. Analysts predict that the game will be released sometime between April 2023 and March 2024 or in the 2024 fiscal year of Take-Two Interactive publishing.

Related: GTA 6 – How to Distinguish Fake Leaks from Credible Rumors

All this information was first reported by Jason Schreier of Bloomberg. In the report, Schreier also mentioned that Rockstar had done an internal redesign. Employees have previously described Rockstar’s workplace as a “frat boy culture,” but efforts have apparently been made to create a more inclusive environment. This new approach is also reflected in the next installment of the flagship game franchise, where the GTA 6 plot allegedly adopted a more measured and respectful tone than its predecessors, which previously used offensive images of LGBT and sex workers.

How Rockstar Games changed during the development of GTA 6

Workplace crunching has been the subject of heated debate in the gaming industry. Criticism of this practice reached a boiling point when Rockstar founder Dan Hauser stated that his team worked 100 hours a week before the release of Red Dead Redemption 2 in 2018. Other employees called the crisis of the predecessor of Red Dead Redemption “endless”. Employees called Rockstar a “boys’ club” that was a breeding ground for harassment, and they were regularly subjected to what they called “death marches,” which were months-long periods of mandatory 14-hour workdays. Although the employees were severely overworked, the end result was always another bestseller that received critical acclaim. Because it worked, the practice reportedly persisted even with low morale.

It is reported that since then Rockstar has made a number of internal changes. Some contract positions, for example, have been converted into full-time employees. The workers were granted new paid leave and mental health benefits. The company has also introduced a new “flexible schedule” system that allows employees to take time off every time they work an extra hour. One of the most significant changes allegedly occurred when Rockstar fired several managers who, according to employees, behaved offensively or were difficult to work with. The company also hired producers to keep track of everyone’s schedule and avoid overtime. According to Schreier’s report, employees welcomed the changes, but they were not without growth problems.

Changes in workplace culture have also affected the design and writing of the game, ensuring that GTA 6 will be different. Most likely, this is at least two more years away, so the public will not see the results of this new era of Rockstar Games for some time. At least the developer seems to have gotten off to a good start on creating a healthy workplace.

Xbox Game Pass Was Originally Conceived As A Rental Service