Home Entertainment It looks like Body temperature detection is a step Up for the... 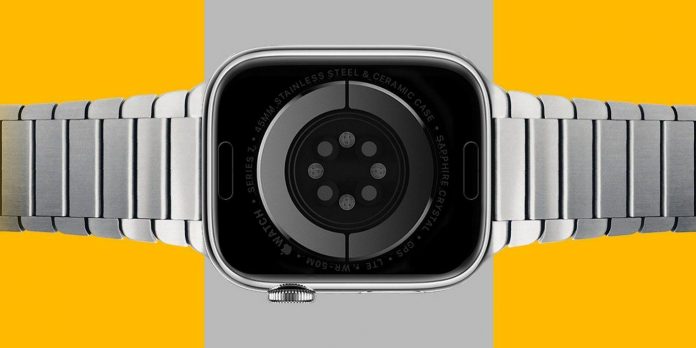 The temperature measurement trick may appear in the upcoming Apple Watch Series 8, but instead of providing detailed information about body heat indicators, it will only tell users if they have a fever or not. One of the most discussed updates for Apple’s next-generation smartwatches. The temperature estimate has not yet appeared on any of the popular smartwatches.

According to previous reports, employees of Apple’s product labs have been eyeing temperature sensors and blood pressure measurements for some time. However, the status of the development was somewhat uncertain, at least due to the numerous leaks and rumors that have been appearing on the Internet so far. But it looks like Apple has finally made the decision to upgrade for health, even if the silicon underneath remains the same.

Related: When will the Apple Watch 8 be released?

In the latest issue of his PowerOn newsletter, Mark Gurman of Bloomberg writes that body temperature detection is “used” for the Apple Watch Series 8 and their brand new protected version, designed for fans of extreme sports. However, this is not a full-fledged measurement of body temperature of a medical level, for which thermometers are created. It is reported that the upcoming Apple Watch feature will not display the exact temperature value. Instead, it will take a broad measurement and will only tell users if they have a fever. And based on the analysis, it will accordingly advise users to seek appropriate help. It is noteworthy that this feature will most likely not appear in the next-generation Apple Watch SE, which is also scheduled to debut in the fall, which is not surprising, given their relatively affordable price.

Another novelty in the industry for Apple

Apart from temperature detection, the Apple Watch will most likely not present any other notable health and fitness opportunities associated with dedicated equipment. However, there are some promising updates in the coming years. Apple is said to be exploring the possibility of blood pressure monitoring for its smartwatch. It is reported that the company is working with the British company Rockley Photonics, which is experimenting with wrist-worn sensors for tasks such as monitoring blood pressure and measuring blood glucose levels. Recall that companies such as Huawei already offer blood pressure analysis based on smart watches, although the approach used by each brand is different.

There are rumors that Apple is looking after measuring blood alcohol levels and analyzing sugar levels in the Apple Watch. Both of them will be non-invasive, but it is unknown when these solutions will appear on the Apple Watch. Samsung is also engaged in non-invasive monitoring of blood glucose levels. In 2020, Samsung, in collaboration with experts from the Massachusetts Institute of Technology, actually developed a non-invasive solution for monitoring blood glucose levels using a method called Raman spectroscopy. But two years later, Samsung has not yet shared any additional information about its development status. Returning to the Apple Watch Series 8, other expected features include a low-power mode, three size options, and a new design with flat edges.

Far Cry 6: PETA Wants To Ban Cockfighting In The Game