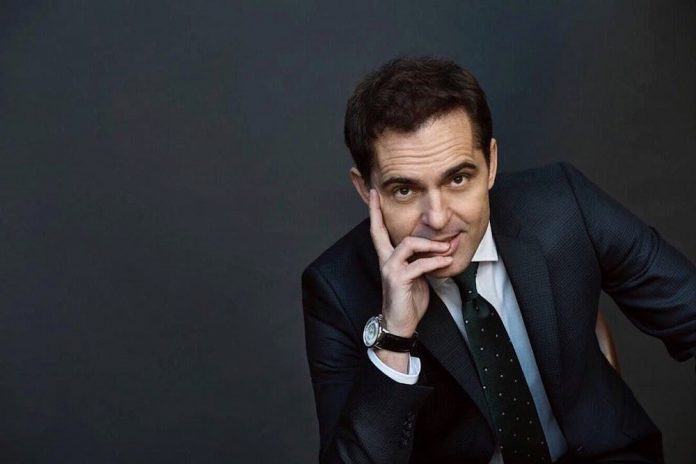 Actor Patrick Criado will be in La Casa de Papel Season 5 of the Netflix streaming platform, however, there has been a lot of speculation about who the actor would play.

It seems that Patrick Criado is going to play none other than Berlin’s son (Pedro Alonso), but the secrets of La Casa de Papel that they are about to reveal are even more shocking.

Viewers know from various flashbacks that Berlin (Pedro Alonso) has had a rather turbulent love life: he was married five times, the last of which to Tatiana (Diana Gómez).

One fan theorized that the new Criado character could also have been involved with Berlin’s ex-wife Tatiana and little by little this theory has been pushed forward by the other fans of La Casa de Papel.

Pedro Alonso published part of his paintings, one in which Berlin was the subject, surrounded by phrases that referred to La Casa de Papel and seemed to provoke what his character would be involved in in the next series.

Apart from that it was written: Chap 501, 1,2,3,29,38. Which fans understand as the scenes Berlin will appear in, making it look like fans will be getting a good dose of Berlin at the start of the season.

Lastly, this theory seems to be confirmed by some images that have been circulating online. Patrick Criado and Pedro Alonso were seen filming in Denmark, alongside Luka Peros, Hovik Keuchkerian and Gómez.

This would confirm that the new Patrick Criado character at least has ties to Berlin and Tatiana. To find out if this theory is true, fans will have to wait for the fifth season of La Casa de Papel to hit Netflix at the end of the year.