Home Entertainment It is reported that Tolkien Estate did not want Peter Jackson to... 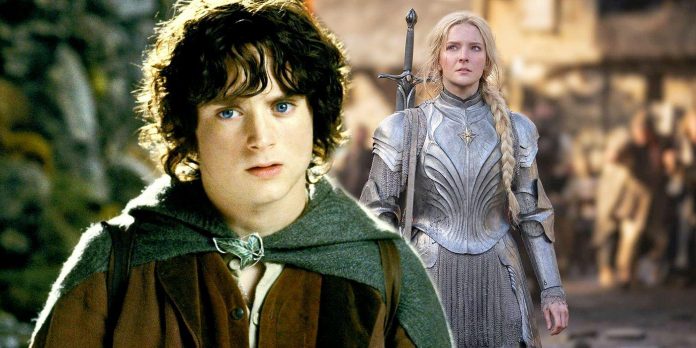 It is reported that Tolkien Estate did not want Peter Jackson to be associated with the upcoming Prime Video film “The Lord of the Rings: Rings of Power”. Based on J. R. R. Tolkien’s epic fantasy novels, Rings of Power will be the third major game adaptation of the beloved source material after Jackson’s The Lord of the Rings trilogy and The Hobbit trilogy. The action of the long-awaited series takes place hundreds of years before the events of the Jackson trilogy, which tells about the growth of evil in the Second Age of Middle-earth.

The show was created by Patrick McKay and John D. Payne. The two have previously officially stated that while they admire Jackson’s “Lord of the Rings” trilogy, they are not going to compete with it with “Rings of Power.” Trailers for the show tease with a huge scope and scale, showing large-scale battles and magnificent landscapes. In addition to the show’s announced production budget of $1 billion spread over 5 seasons, Amazon paid the Tolkien Estate a whopping $250 million back in 2017 to get the TV rights to The Lord of the Rings.

According to a new THR report detailing Jackson’s absence from the upcoming show, Tolkien’s estate appears to have played a significant role in the director’s absence. While showrunners and the studio hold Jackson and his adaptation in high regard, there have been legal concerns about separating Jackson’s films and TV shows, given that the films are owned by Warner Bros. when Jackson joined the team in some capacity, but eventually she left the company in 2019. However, it is important that it was Tolkien’s estate that pushed Jackson to not participate, probably for creative reasons.

The initial trailers for “Rings of Power” at least hint at the Jackson trilogy, but the show is really different in many ways. Unlike Jackson’s Lord of the Rings films, Tolkien’s estate was heavily involved in the production of The Ring of Power, and consultants were reportedly present on set to ensure the authenticity of the adaptation. Despite the same source material and many of the same characters and locations, Rings of Power is already visually different from Jackson’s films, demonstrating a completely different representation of familiar elements.

Although the new report does not contain any specific arguments in favor of the Tolkien Estate’s desire to keep Jackson out of the project, in the past the estate has publicly criticized Jackson’s trilogy Lord of the Rings. The late Christopher Tolkien, the son of J.R. R., had previously criticized Jackson’s films for their heavy emphasis on battle scenes and obvious misinterpretation of the themes of the books. Despite the Tolkien estate’s stated desire to avoid any involvement of Jackson in the film “The Lord of the Rings: Rings of Power”, the director’s original trilogy “The Lord of the Rings” is still a favorite adaptation of many fans, and it remains to be seen whether the series will see the same level of recognition.

The Lord of the Rings: Movies Almost Had Nude Scenes