Home Sport It is reported that the Nets made a decision on PG Kyrie... 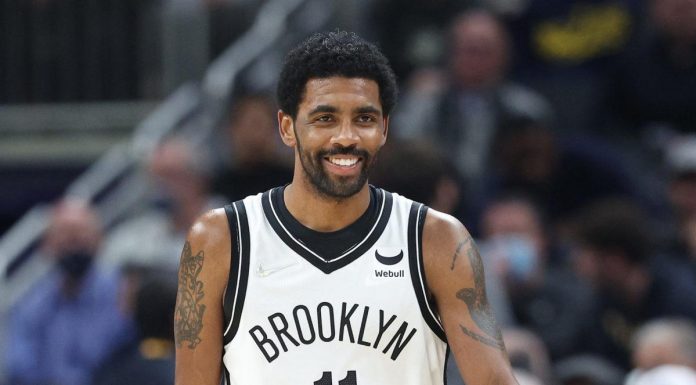 It is clear that damage has been done to the relationship that once existed between Kyrie Irving and the Brooklyn Nets. But it also looks like the Nets have decided whether to let this damage separate them or try to work things out.

Apparently, the Nets will try to settle everything. According to NBA insider Shams Charania, the Nets have informed the teams that they will keep Kyrie and are no longer ready to trade him.

Charanya said that Kyrie “had a constructive dialogue” with the team this offseason. However, it remains to be seen whether this will manifest itself in the fact that Kyrie agrees to play for them.

This news came amid reports that the Nets are open to the idea of acquiring trading star Kevin Durant. By all accounts, Durant has decided to leave the Nets and no longer play for them.

Kyrie Irving joined the Nets with Durant in 2019. But due to injuries and the pandemic, he played only 103 games with them.

The situation really came to a head last season when Irving’s refusal to be vaccinated prevented him from playing home games in Brooklyn for the rest of the season. He ended up playing only 29 games before the Nets made the playoffs.

Now it seems that the Nets will keep Kyrie, not Durant. Nets fans probably won’t like it.

Is it worth fixing fences with Kyrie Irving?

Hazard, two goals and an assist in 90 minutes with the...