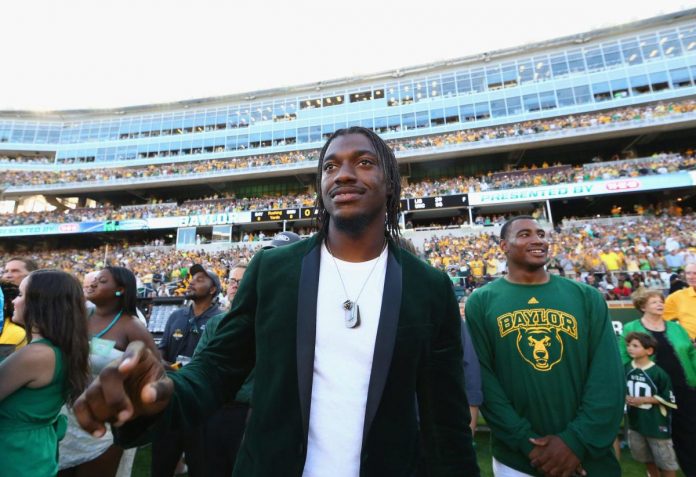 Robert Griffin III has been a regular on ESPN since August of last year, but now it looks like RGIII will get an expanded role in “World Leader.”

According to Andrew Marchand of the New York Post, the former NFL rookie of the year will take Randy Moss’ place at the “Monday Night” table.

Griffin has not been involved in football for a year, but has publicly stated that he is ready to return to the game at any time.

I’m ready to go right now. I train every day. I quit and work. I know what it takes to prepare my body, and I’m doing it. Yes, it’s a little harder when you’re flying everywhere and doing something for TV, but when you really want something, you make it work. So if I get a call this year, next year or five years from now, I’ll be ready to play.

Since joining ESPN, RGIII has repeatedly appeared on “NFL Live” and on various network football broadcasts.

He will have some high boots to replace the beloved Randy Moss, who reportedly wanted to take a step back from all travel and will remain in the “NFL Sunday Countdown.”

Report: The brother of a former NFL star is wanted after...